Meet The Military Medics Training To Respond In A Crisis 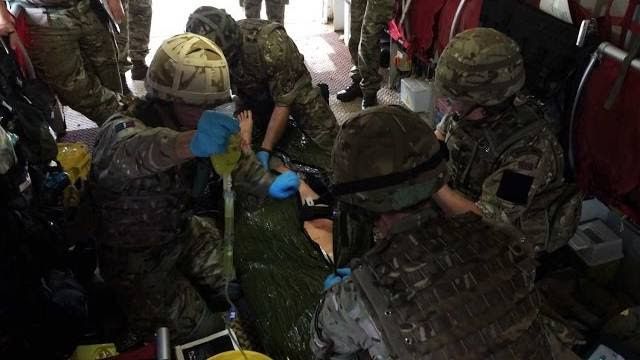 Being in the UK's Medical Emergency Response Team - or MERT - is one of the toughest jobs for a military medic.

In Afghanistan, they flew thousands of missions, collecting wounded troops from the battlefield and flying them to hospital in the back of a Chinook.

Forces TV has been given exclusive access to the course which trains the emergency medics of the future.

The fourth Helicopter Tactics Symposium was held on 3 – 4 December 2013 in Kirchberg Conference Centre in Luxembourg. The event is a part of the Helicopter Exercise Programme (HEP), a Category B Programme involving 13 countries.

44 helicopter tactics experts from 14 countries discussed in-depth the latest tactical experience gained in the operational deployments in Afghanistan or Mali. The HEP member states decided to extend the invitation to the countries and organisations outside HEP to have even wider range of expertise, therefore the representatives of Joint Air Power Competence Centre (JAPCC), AIRCOM Ramstein and NATO Special Operations Headquarters (NSHQ) also attended the meeting.

The first day of the symposium, the EDA Helicopter Project Manager presented the update on EDA current helicopter projects, followed by the lessons learned brief from the HEP exercise Hot Blade 13 held in Portugal. The participating experts then shared their experience from operational deployment in Mali, mentoring Afghan pilots and maintenance personnel and lessons from recent deployments of NH-90 and Tiger helicopter platforms.

The second day was dedicated to the discussions over the HEP Standard Operating Procedure, the framework tactical document of the programme. Specific topics were brainstormed among the experts, including mission planning cycle, air-to-ground firing, NVG (Night Vision Goggles) procedures, MEDEVAC/MERT (Medical Evacuation/Medical Emergency Response Team) and SAR (Search and Rescue). As a result the SOP was once again broadened and improved – a valuable and tangible result.  The experts also “brainstormed” how this collective best practice could be integrated in the national systems in order to foster true interoperability.  The consensus view was that there must be a direct link between the many institutions involved in the Tactics and Training environment.