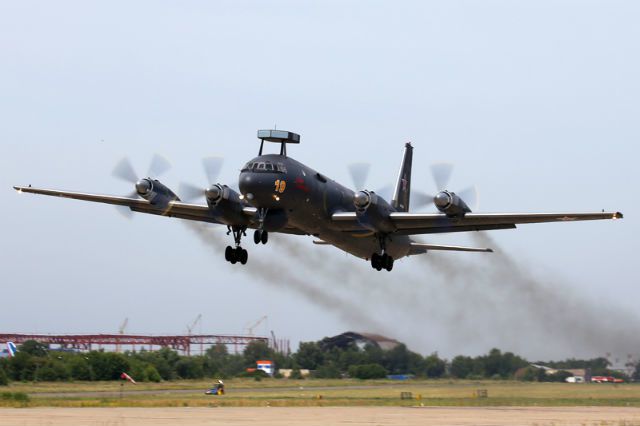 The Russian Defense Ministry signed a contract with MiG in February 2012 for delivery of 20 MiG-29K and four MiG-29KUB fighters by 2015.

The MiG-29K is a naval variant of the MiG-29 Fulcrum fighter jet, and has folding wings, an arrester tail-hook, strengthened airframe and multirole capability thanks to its Zhuk-ME slotted array radar, MiG says.

Unlike the Su-33, which is capable of air defense missions only, the MiG-29K can be armed with a wide variety of air-to-surface as well as air-to-air weaponry and laser-designation systems.

The aircraft is also capable of “buddy” refueling other MiG-29Ks using the PAZ-1MK refueling pod.

So far, the aircraft has only entered service with India, for use on the refitted Russian-built carrier INS Vikramaditya, which was handed over to the Indian Navy on November 15.

Russian aircraft manufacturing group MiG has started to put its MiG-29K/KUB naval fighter through a new round of flight tests.

Compared to land-based MiG-29 models, the naval MiG-29s have arrestor hooks and strengthened undercarriages, designed to take the impact of aircraft carrier landings at sea. They also boast upgraded engines, more advanced fly-by-wire systems, the capacity to carry more weapons and wings that can fold up - a feature that aids storage on ships.

The Sukhoi Su-33s are restricted to air defence but the multirole-capable MiG-29s can work within air defence, undertake air-to-ground sorties and much more besides.

In Russian Naval service, the 24 MiG-29Ks/KUBs will operate from the Northern Fleet's Admiral Kuznetsov - the only aircraft carrier presently in its service.

According to Sergei Korotkov, the director general of MiG: "The completion of the flight trials from the carrier's deck marks a milestone in the life-cycle...of the MiG-29K/29KUB program."

First launched in 1985, the Admiral Kuznestov entered service in 1990 and became fully operational five years later. It takes its name from Nikolai Gerasimovich Kuznetsov, formerly the Admiral of the Fleet of the Soviet Union. The MiG-29 made its first flight in 1977. Since then, it has spawned a huge number of variants, with some 1,600 examples built in all.

Russia is set to deliver six more jet fighters of 4++ generation this year to Indian Air Force as per a deal with New Delhi, the MIG aircraft corporation said Wednesday.

The six-day MAKS show kicked off in Zhukovsky city outside Moscow Tuesday. MIG signed a $1.5 billion deal with India in 2010 to deliver 29 MIG-29K-KUB warplanes.

This is the second such contract between the Russian aircraft construction corporation and New Delhi. The first deal to supply India with 16 MIGs-29 was signed in 2004 and completed in 2011.

During MAKS, the Russian corporation also signed two deals worth $55 million to build a centre in India to service MIG’s avionics and hardware, the corporation’s spokesperson Elena Fedorova said.

MIG’s partner in those deals is Basant Aerospace Private Ltd, she added.

MIG commenced production of new unified family of multi-role fighters of the 4++ generation in 2005.

The double-seat MIG-29K-KUB is a multi-role fighter intended for air-defence missions of naval forces, air superiority gaining, sea and ground target destruction with high precision guided weapons day and night and in any weather condition. The Russian Defense Ministry has signed a contract with aircraft maker MiG for the delivery of 20 MiG-29K and four MiG-29KUB carrier-based fighter aircraft, MiG said on Wednesday.

"Defense Minister Anatoly Serdyukov and MiG General Director Sergei Korotkov have signed the contract for the delivery of MiG-29K and MiG-29KUB carrier-based fighters," MiG said in a statement.

MiG wil deliver the aircraft from 2013-2015. The aircraft will operate from Russia's single serving carrier, the Admiral Kuznetsov, with the Northern Fleet based in Murmansk. The value of the deal has not been disclosed.

"The signature of this contract for delivery of these fighters is a real step in fulfilling our program for rearming the forces. The Naval Air Forces will get a modern combat aircraft as good as any in the world," Serdyukov was quoted as saying by his press service.

The contract will guarantee MiG a steady level of work in the medium term, Korotkov said.

The MiG-29K is a navalized variant of the MiG-29 land-based fighter, and has folding wings, an arrester tail-hook, strengthened airframe and multirole capability. It can be armed with a wide variety of air-to-air and air-to-surface weaponry. So far, the aircraft has only been exported to India for use on a refitted Russian-built carrier which is to be delivered at the end of this year.

MiG-29K gets on board Indian aircraft carrier

With work on the Indian navy's future aircraft carrier the INS Vikramaditya now 90% complete, an RSK MiG-29K fighter has been placed aboard the vessel for the first time.

Pictured on the carrier's deck at the Sevmash dockyard in Severodvinsk, northern Russia during November, aircraft Side 311 was deployed using a crane to serve as a mock-up only.

According to Sevmash, the Vikramaditya will start sea trials in May 2012, with these to involve take-offs and landings using two industry-owned aircraft. One is a purpose-built MiG-29K, while the other is a MiG-35D two-seat demonstrator now being modified after the crash of a MiG-29KUB trainer during trials in 2011.

Originally introduced to service with the Russian navy in 1987 as the Baku, but deactivated in 1992, the modified Vikramaditya now features a "ski-jump" ramp and three arrestor wires to support fighter operations. New Delhi's total investment in the ship is worth around $2 billion, with Sevmash expecting it to be commissioned into service on 4 December 2012 - Indian navy day.

India also this year firmed up an option for 29 more navalised MiG-29s to equip its future homegrown aircraft carriers.