The first of an eventual four examples of the ATR 72-600-derived type is due to be handed over to the service in March 2016 as it replaces its remaining fleet of Dassault Breguet ATL-1 Atlantics. Two aircraft – the MSN940 and MSN1031, built in 2011 and 2012 respectively – are currently at the manufacturer’s Caselle facility near Turin for mission-system integration and testing, having received airframe modifications at its site in Naples. The future of anti-submarine warfare Anti-submarine warfare has dramatically changed since the Cold War. This video looks at new technology and tactics deployed recently during an exercise in the North Sea. Including underwater, unmanned vehicles guided by underwater sensor networks, frigates with variable-depth sonar and specialised airplanes known as Maritime Patrol Aircraft (MPA). We also speak to submarine commanders and scientists on the cutting edge of underwater technology. MUMBAI, — An Indian Navy surveillance aircraft crashed south-west off Goa coast with two officers missing while one has been rescued.

The Dornier maritime surveillance aircraft, which was on a routine training sortie, crashed about 25 nautical miles south-west off Goa coast last night. The Navy has ordered a Board of Inquiry into the crash.

A full-scale search and rescue operation involving nine ships and few aircraft was launched, the Navy said. "One survivor has been rescued. Search is on to locate two more officers -- a pilot and an observer," Navy spokesperson Captain D K Sharma said in New Delhi.

The rescued officer, Commander Nikhil Joshi, has been seriously injured in the crash but is stable, Sharma said. The Naval air station at Goa lost communication with the aircraft at 10.02 PM, a statement from Navy said. The aircraft is feared to have ditched soon thereafter, it said. Navy chief Admiral R K Dhowan has rushed to Goa to take stock of the situation.

Co pilot Sub Lt Nagori and observer Lt Kiran Shekhawat is still missing. Navy has deployed nine ships, helicopeters and planes off goa to look out for the missing officers. The aircraft was reportedly on a low level flying operation. The search and rescue operation is likely to continue for another 72 hours atleast. Crashed plane belonged to 310 Cobra sqn of Goa-based INS Hansa.  According to reports, first lot of debris have now been recovered by the naval ships. Search is on for finding other part of debris. 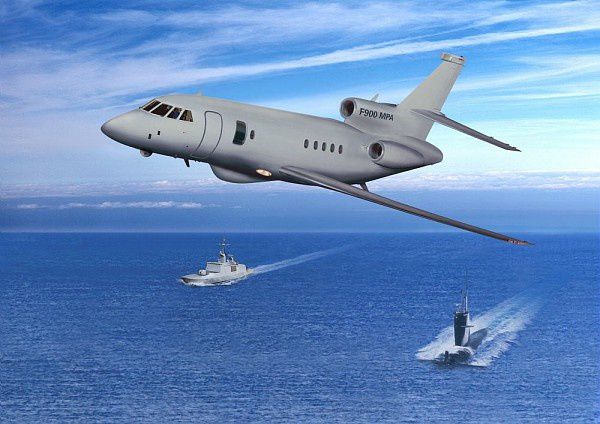 Langkawi - Maritime patrol and surveillance were the most prominent themes of this year's LIMA show, as big manufacturers jockeyed to promote their various solutions for the mission.

Industry sources say that Kuala Lumpur is in the process of crystallising a requirement for six to eight long-range maritime patrol aircraft (MPA).

The potential requirement attracted attention from a range of companies including Boeing, Saab, Dassault, and Indonesian Aerospace.

Boeing brought its Maritime Surveillance Aircraft (MSA) technology demonstrator to the show. The type appeared on the static line, and the US airframer briefed media and officials on the MSA's capabilities. A modified Challenger 604 business jet, the unarmed MSA is optimised for high altitude, broad area surveillance.

Saab, Dassault, and Indonesian Aerospace also displayed models of MSA and MPA solutions on their stands.

The Indian Navy has taken delivery of its fifth P-8I long-range maritime reconnaissance and anti-submarine warfare aircraft from Boeing, which would support the navy's maritime patrol requirements.

Delivered as part of a deal signed in January 2009 for eight P-8I aircraft, the latest aircraft joins the navy's already existing fleet of four P-8Is, which are currently undergoing operational review.

Based on Boeing's Next-Generation 737 commercial aircraft, the Indian navy version of the US navy's P-8A Poseidon jet integrates Indian-built sub-systems that are customised to meet the country's maritime patrol necessities.

Boeing Defense, Space and Security (BDS) India vice-president Dennis Swanson said: "This is another important milestone for the programme and we look forward to continuing our great relationship with India.

Boeing P-8 international programme manager Mark Jordan said: "We appreciate that senior representatives of the Indian Navy were with us in Seattle to participate in delivery activities and watch the plane take off for Rajali.

"It's a great accomplishment for the entire team, and we're hard at work assembling and testing the next P-8I in line for delivery."

The aircraft has been built by a Boeing-led industry team including CFM International, Northrop Grumman, Raytheon, Spirit AeroSystems, BAE Systems and GE Aviation.

Does the UK need to bolster its maritime patrol and surveillance capabilities?

As more scrutiny is placed on military and civil maritime reconnaissance and surveillance capabilities – with the search for MH370 particularly highlighting the difficulty in delivering effective wide area maritime surveillance – nations are evaluating their current operations and asking how they can deliver enhanced maritime domain awareness.

“These are down to a technical level, not a cursory what-is-it level,” Raymond said on the eve of the Singapore air show. “They are doing analysis of range and coverage, how it would fit in their fleets, life-cycle costs.”

Two or three of the potential candidates are in the Asia-Pacific area, Raymond says. (One of the others is most likely the United Kingdom.) Not all of them currently operate fixed-wing ASW aircraft. “These are new requirements, not just replacements,” Raymond says.

In some cases, Boeing sees its new Maritime Surveillance Aircraft, based on a Bombardier Challenger 605 airframe, as being complementary to the P-8 or other ASW platforms. The company is moving towards the idea of a family of intelligence, surveillance and reconnaissance systems ranging from the P-8 through the MSA and the King Air-based Ramis (reconfigurable airborne multi-sensor system) to the Insitu ScanEagle and Integrator unmanned air systems.

General Dynamics Canada has delivered the first of three deployable fast-time analysis systems for the CP-140 Aurora Maritime Patrol Aircraft. The portable system, designed to fit through the crew door of the CP-140 aircraft, can be deployed with the aircraft for missions away from the main operating base in Canada and allows ground crews immediate access to post-flight analysis of critical acoustic data, confirming and classifying targets.

"Wherever in the world Canada's Aurora is called to action, crews can easily transport this system and allow ground crews to replay and analyze recorded acoustic information as soon as the aircraft lands," said David Ibbetson, vice president, General Dynamics C4 Systems International. "This time-critical access to recorded acoustic data supports command-level decision making as target identities are confirmed, classified and characterized in the field. The replay capability, at speeds more than eight times faster than normal, enables mission reconstruction and debriefing as well as providing the opportunity for onsite crew training immediately following missions."

In Canada the system is referred to as the Deployable Modular VME Acoustic Signal Processor (MVASP) Post Processing and Archiving System or D-MPPAS; it makes up part of the ground equipment for the Aurora Incremental Modernization Program (AIMP). Internationally, the system will be sold under the name Acoustic Replay & Intelligence Exploitation System, or ARIES.

General Dynamics Canada is the prime integrator of the Aurora mission system and provides integrated hardware and software systems that enable the aircraft's capabilities in a variety of roles, including search and rescue, airborne command and control, surface and sub-surface maritime, overland and coastal surveillance operations. General Dynamics Canada is also providing ground support equipment, including a software integration lab, pre- and post-mission analysis tools, and training facilities, as well as long-term in-service support (ISS).

The first Boeing [NYSE: BA] P-8I long-range maritime reconnaissance and anti-submarine warfare aircraft arrived today, on schedule, at India Naval Station Rajali. The P-8I is one of eight aircraft Boeing is building for India as part of a contract awarded in 2009.

“Boeing is proud to deliver this advanced aircraft to meet the Indian Navy’s unique maritime patrol requirements,” said Chris Chadwick, president of Boeing Military Aircraft. “The P-8I team, which includes our customer and Indian suppliers, has done a fantastic job working together, and we’re on track to deliver the next two P-8I aircraft later this year."