General Dynamics NASSCO has begun construction of the second Expeditionary Base Mobile ship for the U.S. Navy. When completed, the ship will be 784 feet long, with a 52,000 square-foot flight deck. The ship will be equipped with fuel and equipment storage, repair spaces, mission planning spaces, and magazines. It will be able to accommodate up to 250 personnel, and support MH-60 and MH-53 helicopters, with an upgrade to support MV-22 tilt rotor aircraft. 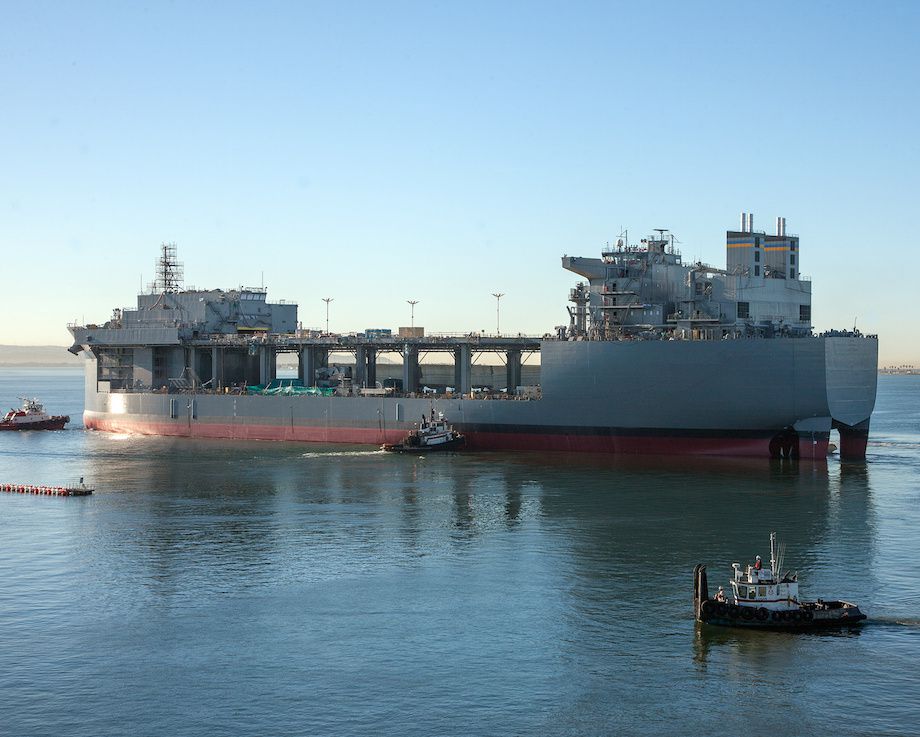 The U.S. Navy has awarded General Dynamics NASSCO a $128.5 million contract for the detail design and construction of the Mobile Landing Platform (MLP) 3 Afloat Forward Staging Base (AFSB).  NASSCO is a business unit of General Dynamics (NYSE: GD).

Under the terms of the contract, NASSCO will provide the detail design and construction efforts to convert the MLP 3 to an AFSB variant. The work will be performed at NASSCO's San Diego shipyard and scheduled to be completed by October 2015.

A keel-laying traditionally represents the formal beginning of a ship.

Although the fabrication of ship components often begin months earlier, authentication that the keel is "straight and truly laid" remains a key shipbuilding and ceremonial milestone.