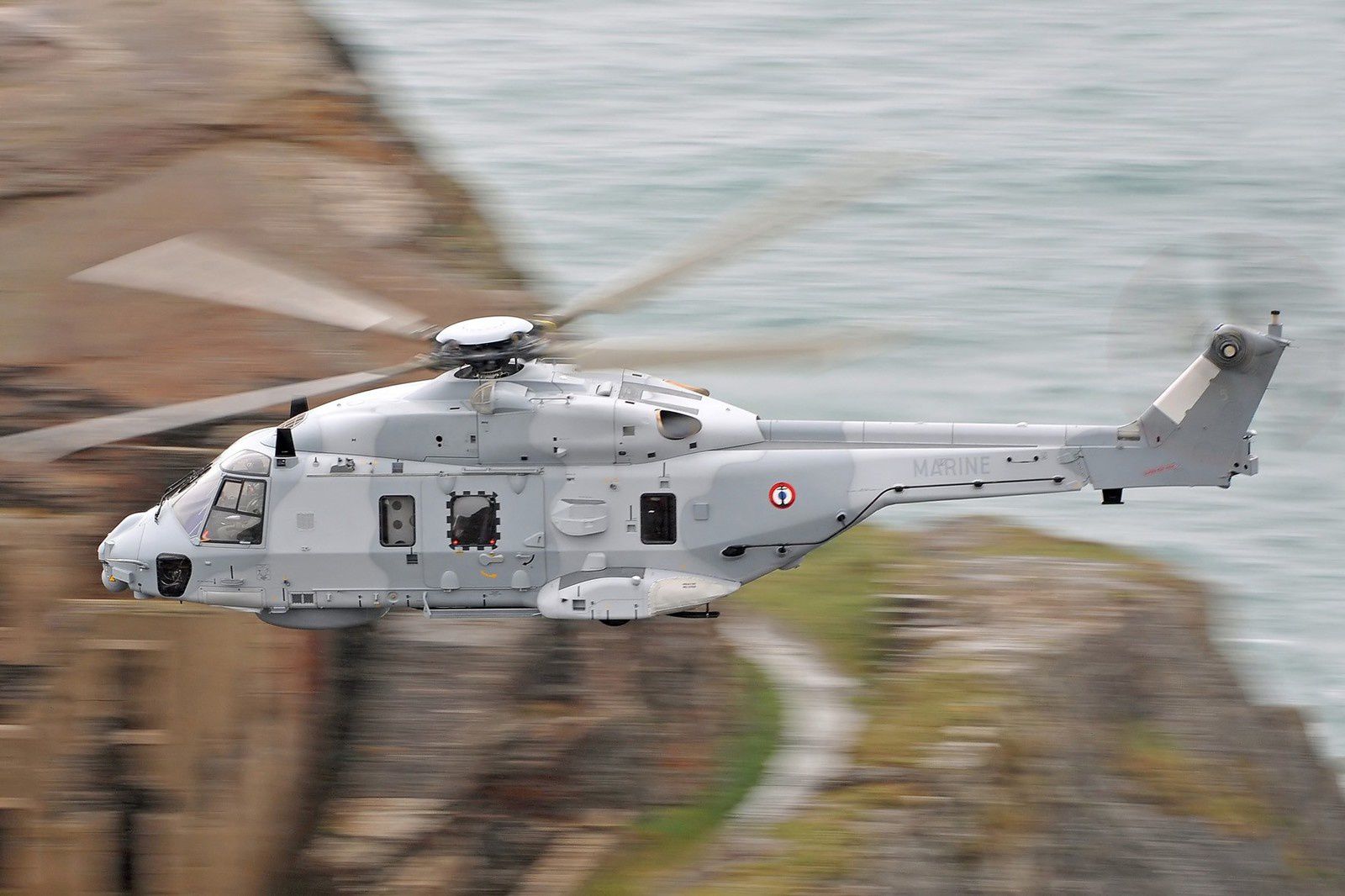 Germany has finally confirmed a deal that will see it order 18 new NH Industries NH90 NFH helicopters for its navy, while at the same time trimming commitments for the troop transport variant and Airbus Helicopters Tigers.

The deal for the naval NH90 – to be known as the Sea Lion in German service – is worth around €1.4 billion ($1.55 billion). However, the German army will now receive 80 instead of 122 NH90s, with two further airframes for training and 22 more covered by options. In addition, its order for the Tiger will fall to a total of 68 attack helicopters. However, 11 early-build examples will be immediately retired from service, with the army targeting a future frontline fleet of just 40.

AgustaWestland is pleased to announce that the Italian Navy has taken delivery of its first NH90 NFH helicopter in Full Operational Capability (or Step B) configuration. The helicopter will be assigned to the 5th Helicopter Squadron of the Italian Navy based at the Sarzana-Luni base.

The Italian Navy has ordered 56 NH90s, 46 of which in the NFH variant, part of its modernization plan in order to bring its capabilities to the latest technological standards.

The Step B configuration features a range of significant advancements in mission capability including weapon systems integration for both air-to-surface missiles and torpedoes, advanced satellite and encrypted communications, a further expanded envelop for ship-based operations and in demanding weather conditions, radar and avionics capability enhancements. Starting next year, the five previously delivered Step A (MOC, Meaningful Operation Capability) helicopters will begin to be retrofitted to bring them to the final configuration.

The helicopter is designed for day and night operations in adverse weather conditions from the decks of ships. Because of its optimal weight and dimensions, the deck-lock system, the deck traversing system and the automatic blade and tail folding system, it can operate from small frigates even in high sea states.

The Italian Navy will benefit from a Mission Planning & Analysis System (MPAS) for its fleet of NH90 NFH helicopters. The MPAS is a multi-mission and multi-platform mission planning based on the state of the art AgustaWestland-designed Skyflight™, a multi-helicopter flight and mission planning solution that all related AgustaWestland stations currently utilize.

The NH90 is the most successful European helicopter programme ever. The total number of NH90 on order is 529 – of which over 160 delivered – by 19 armed forces in 14 countries. Of these, the NH90 NFH variant has been ordered in 111 units by Italy, France, Belgium, Netherlands and Norway.

The NH90 programme is managed by NAHEMA (NATO Helicopter Management Agency) representing France, Germany, Italy, The Netherlands, Portugal and Belgium, and by the NH Industries industrial consortium comprising AgustaWestland (32%), Eurocopter (62.5%) and Fokker Aerostructures (5.5%). In the framework of the NH90 programme,

AgustaWestland's Venice Tessera plant is the new final assembly line for the NH90s ordered by Italy (Army and Navy, 60 and 56 helicopters respectively), the Netherlands (20), Norway (14) and Portugal (10) giving a total of 160 helicopters so far.