Modern And Flexible Forces Required For Army Of The Future 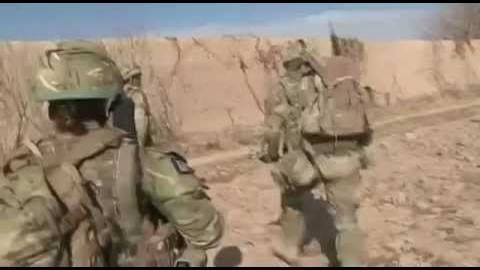 In Rosie Laydon's report, General Sir Nick Carter explains how flexible working hours and a force able to take on a technological-savvy enemy must be a priority for a modern Army in the 21st century.

The plans were announced by the Chief of the General Staff at the annual Land Warfare Conference in London.

Soldiers will be given the opportunity to job share, work part-time or choose flexible hours in a bid to double the number of female troops.

Flexible working hours will be introduced from 3 September but will not apply to people in units, on military operations, or are about to be deployed.

General Carter said: "If you are working in a job that is not at high readiness in an operational unit there is absolutely no reason why you should not perhaps be able to parade a bit later in the morning so that you children will be able to be dropped at the school." Rt Hon Michael Fallon MP Secretary of State for Defence visited Army HQ in Andover  to speak to senior officers on his plans for Defence over the next five years of Conservative Government. He was met by General Sir Nick Carter, Chief of General Staff. The Secretary of State emphasised the need for the Army to remain 'ready' to deter against threats and protect the UK and our NATO allies.

It was a great honour to be asked by the Prime Minister to accept again the role of Defence Secretary. Continuity is important, but make no mistake: this is a new Government, elected with a clear mandate to implement the Conservative manifesto.

When the Prime Minister re-appointed me, he stressed just how important he believes our role is in Defence. We are here to deliver.

The incredible VE Day 70 celebrations recalled the triumph of the forces of freedom over the forces of fascism. We need no reminding that the world today remains an equally dangerous place. In the Middle East, ISIL barbarians perpetrate atrocity after atrocity while, on the fringes of Europe, an aggressive Russia agitates against the Ukraine and threatens NATO. Meanwhile, other disasters both natural and man-made continue to demand our response.

In just the last few weeks, our roster of activity has included:

assisting in the relief effort in Nepal

It is critical for us to remain ready respond to concurrent crises on multiple fronts in the future. That’s why I have identified three key priorities in the coming months.

First, to take a leading role in the Strategic Defence and Security Review. This will enable us to establish where, when and from whom future threats may come.

Second, to make sure we have the right capabilities to do the job. That means getting the right mix of manpower in our Armed Forces - whether Regulars, Reserves or civilians. That means making the most of our £163bn Equipment Plan to give our Armed Forces the high-end capability they need. And it means ensuring we maintain our Continuous-At-Sea Deterrence by building the next generation of Successor submarines.

Lastly, my third priority is to strengthen our international partnerships. Global problems require global solutions. We need to do everything we can to work bi-laterally with our partners such as the US and France – and I will be speaking to my counterparts in those countries this week. We also need to work multilaterally, with NATO – the cornerstone of our Defence, and with our other European partners.

Ultimately, success in all these areas depends on the quality of our people both military and civilian. That is why I am going out and about to meet our staff up and down the country.  I’ve already spoken already to Defence colleagues in London, Andover and High Wycombe.

So there’s an enormous amount to be getting on with. But there's a mandate behind our momentum. And make no mistake, we will inject all our energy and enthusiasm into the task. Doing everything in our power to guarantee the safety, the security and the prosperity of citizens across the United Kingdom.