NSPA to support update of Lithuania’s howitzer procurement from Germany 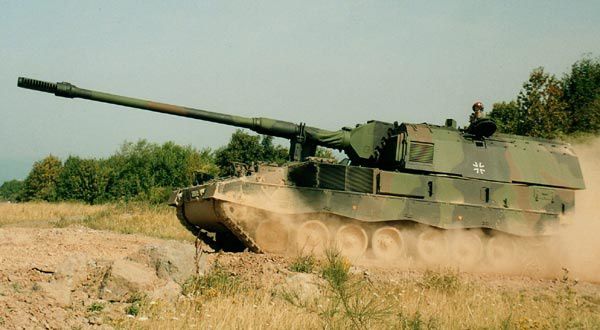 Nato Support and Procurement Agency (NSPA) has agreed to provide its complete support to update the PzH2000 self-propelled 155mm howitzers being procured by Lithuania from Germany.

The update support was announced by head of the department of weaponry and control systems Artur Plokšto at a session of the Land Combat Vehicles (LCV) Support Partnership of the NSPA, held in Luxembourg. At the session, Lithuania joined the howitzer user project after an unanimous agreement was reached between participating countries Croatia, Italy, Germany, Greece and the Netherlands. Representing Lithuania at the session, Plokšto said the howitzers would be updated, C2 systems installed and full operational capability reached on time. For the PzH2000 project, NSPA support will include supply, procurement, maintenance, technical/engineering services, technical training, configuration management, transportation, in-country training and on-site support, among others. Signed after several years of preparatory and negotiation work with OCCAR and the participating states, the SLA also represents an additional key milestone in the agency's expanded cooperation with OCCAR.

Specifically, the A400M and NH-90/TIGER Programme (LN) will provide electronic materiel support services, namely acquisition of A400M spares in electronic and automated manner over the next four years.

The services are expected to be the same as those currently provided to OCCAR for the Tiger and the NH-90 helicopters.

Designated as a tactical airlifter with strategic capabilities, the A400M can also be configured to perform long-range cargo and troop transport, medical evacuation (MEDEVAC), and aerial refuelling and electronic surveillance missions.

The airlifter has recently completed the first phase of airdrop trials flying over the Fonsorbes drop zone near Toulouse, in south-western France, marking the completion of one of the most significant elements of its continuing military flight-test programme.