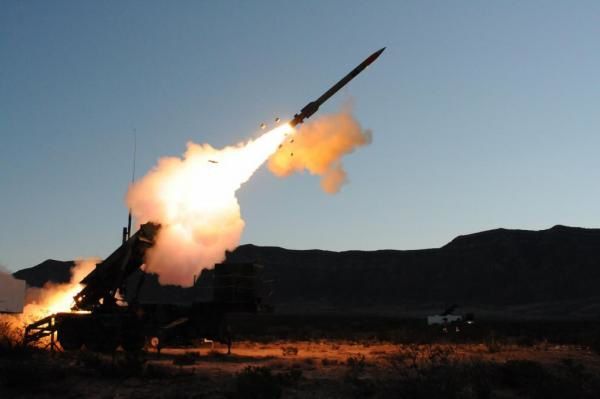 DALLAS-- The U.S. Army has received its first enhanced range and improved mobility Patriot 3 interceptor missiles from Lockheed Martin. The Patriot Advanced Capability Missile Segment Enhancement, or PAC-3 MSE, interceptors were delivered Oct. 5, the company said, but the number involved was not disclosed. "We are proud to deliver these interceptors to the U.S. Army and are confident the men and women of the armed forces can count on the PAC-3 MSE when it matters most," said Scott Arnold, vice president of PAC-3 programs at Lockheed Martin Missiles and Fire Control.

The first Medium Extended Air Defense System (MEADS) launcher on a German truck has arrived in the United States, ready for integration into a future test scenario.

Based on the success of the intercept test last November at White Sands Missile Range, N.M., MEADS authorities are planning to use two launchers in the two-target flight test scheduled for later this year. The original launcher is in the Italian configuration and has been used in previous tests. Originally, only the Italian-configured launcher was planned for use in this year’s flight test.

In addition to the Italian and German configuration launchers, there is also a U.S. design that is easily transportable and tactically mobile. Each MEADS launcher can carry up to eight PAC-3 Missile Segment Enhancement (MSE) Missiles and achieve launch readiness in just minutes.

The MEADS launchers have two main features that stand out from the air and missile defense (AMD) launchers currently fielded. The first is the ability of the MEADS launchers to self-load. An integrated crane arm can pick up and release expended missile packs, then grab and position a full eight-missile reload within minutes. The second is the ability to launch the PAC-3 MSE in a near-vertical position to defend assets in all 360 degrees of possible attack space.

In two previous tests at White Sands Missile Range, the MEADS launchers have demonstrated unprecedented over-the-shoulder launches of a PAC-3 MSE against targets attacking from behind.

“360-degree coverage has become increasingly important as our nations deal with evolving threats from highly maneuverable cruise missiles to easily re-locatable short- and medium-range tactical ballistic missiles,” said NATO MEADS Management Agency (NAMEADSMA) General Manager Gregory Kee. “As our forces enter future conflicts, the threat will no longer stay in front of them – that’s why the investment in MEADS 360-degree technology is so important.”

Using its 360-degree defensive capability and advanced radars, MEADS can defend up to eight times the coverage area of other systems while deploying far fewer system assets. MEADS needs fewer deployed personnel and less equipment to get to the fight sooner.

MEADS International, a multinational joint venture headquartered in Orlando, Fla., is the prime contractor for the MEADS system. Major subcontractors and joint venture partners are MBDA in Germany and Italy, and Lockheed Martin in the United States. MBDA Germany is the Design Authority for the MEADS launcher.

The MEADS program management agency NAMEADSMA is located in Huntsville, Ala.