China may get Top Radar, Air-to-air Missile technology through Pakistan 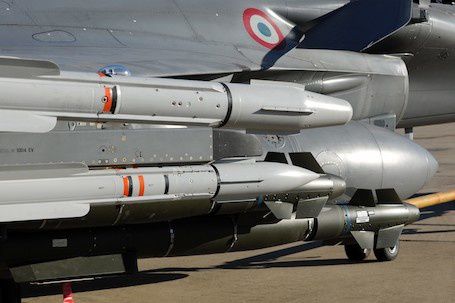 According to Britain’s Jane’s Defense weekly, China may get through Pakistan the technology in Franch MICA air-to-air missile and RC-400 radar, which the EU bans sales to China. Such technology may constitute a threat to the Mirage 2000-5 fighter jets that Taiwan has got from France.

MICA is as good as US advanced AMRAAM air-to-air missile. It is well-known for its accuracy and controllability. China may obtain its technology through reverse engineering from a MICA missile provided by Pakistan.

In developing its J-10 fighter jet, China has reference to the technologies in American F-16 fighter jet as it was able to study in details an F-16 provided by Pakistan.

To prevent China from obtaining French weapon technologies with similar approach, the US will strongly oppose French sales of the weapons to Pakistan. For the same reason India, a major buyer of French weapons, will also oppose.

To avoid such oppositions, MBDA spokesman denied what he previously told Associated Press about its competition with others to get an order for MICA. French defense ministry, however, told Associated Press, there were no reasons that France should not cooperate with Pakistan though it had not confirmed the existence of such transactions.