Visit of the Commander of Estonian Defense Forces 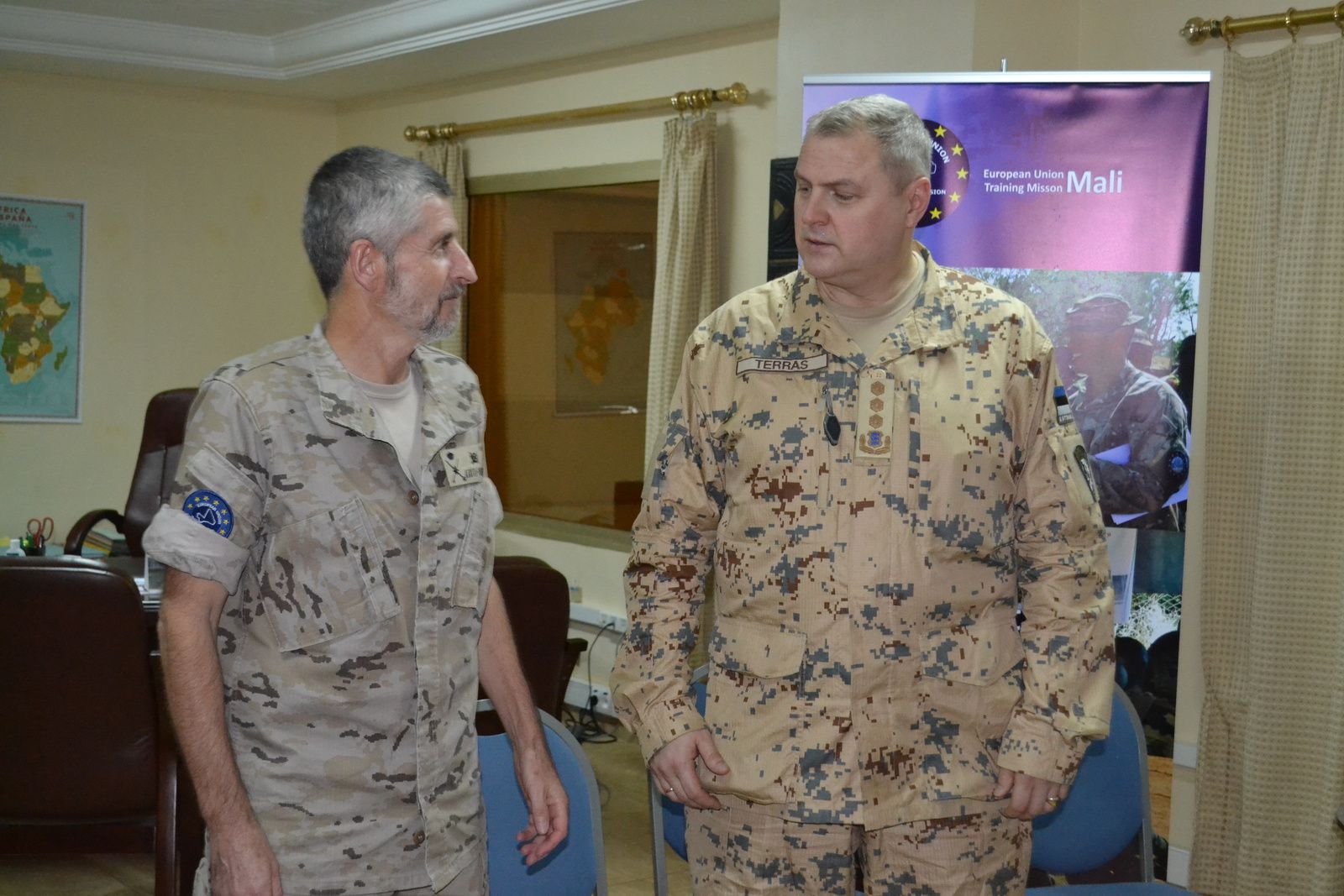 The distinguished visitord have been greeted by the Mission Commander of EUTM Mali, General Alfonso GARCIA-VAQUERO PRADAL.

The EUTM Mali Chief Of Staff presented a complex brief at EUTM Headquarters in Bamako, and then the distinguished visitors departed for Koulikoro, where the TTF commander presented a brief regarding the training mission followed by a visit of the Training Camp.