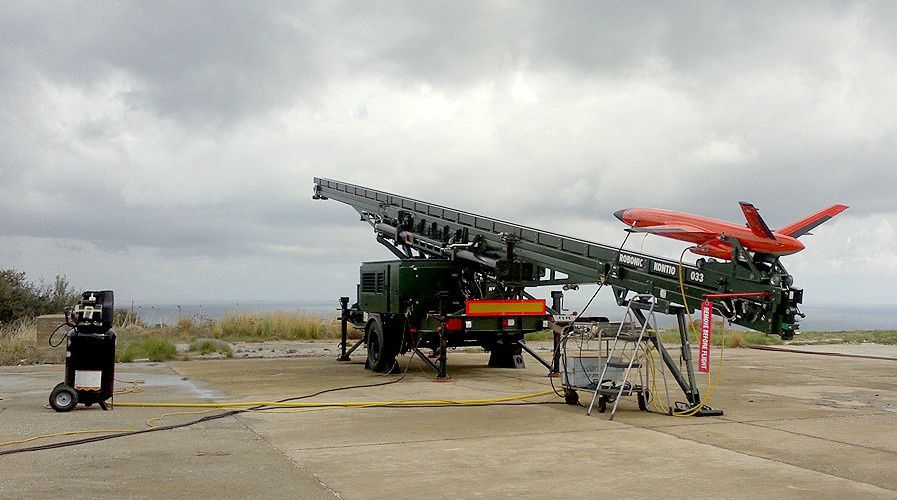 Robonic Ltd Oy of Finland (Sagem / Safran) and Lockheed Martin of the United States have signed an agreement to develop a smaller, more efficient and transportable fourth-generation pneumatic launcher for drones, called OHTO.

Under the terms of this agreement, OHTO will be part of the ground support equipment (GSE) suite for the Lockheed Martin Fury, a Group III unmanned aerial system (UAS). In addition, the agreement facilitates licensed production of OHTO in the U.S. by Lockheed Martin.

OHTO will provide outstanding launch capabilities for Group II and III unmanned aerial systems and target drones. It is based on the Kontio launcher, but with significant changes including a higher power-to-weight ratio, reduced footprint and improved mobility, lower operating costs and enhanced reliability.

"This relationship marks an important step forward for Robonic" said Managing Director Juha Moisio. “The Lockheed Martin Fury is a prime example of the depth and breadth of new capabilities that Group III UASs are now offering military customers and prospects in the commercial market. We are very pleased to be working alongside Lockheed Martin, and bringing OHTO into the U.S. market as a fully integrated part of the Fury system.

“OHTO incorporates extensive lessons from the operational deployment of other Robonic launchers over the past decade, in environments ranging from the hot and high deserts of Afghanistan, most notably on Sagem's Sperwer tactical UAV deployed by allied forces, to the extreme cold of the Arctic.

"OHTO is an outstanding fit with the Fury family and will expand its operational capabilities. Our Kontio was the world’s first third-generation catapult launcher for unmanned aerial systems. Robonic is fully committed to continuous innovation, and OHTO clearly demonstrates our current leadership and future objectives in the UAS launcher market.”