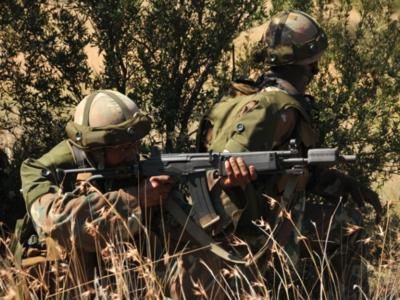 Operation Copper still up and running

Any possible review of the Southern African Development Community (SADC) tri-nation agreement on counter-piracy operations in the Mozambique Channel could be an agenda item for next month’s Standing Maritime Committee meeting.

In the meantime it’s business as usual for SAS Spioenkop, the current SA Navy asset on station in the area, according to Defence and Military Veterans Ministerial spokesman Joy Peter.

She said the agreement, between Mozambique, Tanzania and South Africa, remained “effective”.

Peter also said no indication has been received for any request to review the tri-national agreement on counter-piracy operations off the lower east coast of Africa.

South Africa is by far the major contributor to Operation Copper, the code name given to the counter-piracy tasking, providing at least one maritime platform as well as a C-47TP maritime aircraft and rotary-winged aircraft including Super Lynx and Oryx. In addition to ship’s crews the Navy has also deployed elements of its Maritime Reaction Squadron (MRS) aboard vessels in the Mozambique Channel.

While the bulk of counter-piracy taskings have been given to the Navy’s Valour Class frigates, offshore patrol vessels and the Navy’s single replenishment vessel SAS Drakensberg have also spent time on station.

SA Air Force’s assets, with the exception of the Lynx maritime helicopters aboard the frigates, are based at Pemba.

Preliminary training will take place from September 9 to 29 before the main portion of the exercise is held between September 30 and October 7. The exercise will involve practicing the tactics, techniques and procedures of desert warfare and improving the readiness and interoperability of SADC special forces, the NDF said. It will also improve command and control and give special forces the chance to coordinate anti-piracy operations.

The Chief of the Namibian Defence Force (NDF), Lieutenant-General Epaphras Denga Ndaitwah, officially opened the exercise at Rooikop military base on Sunday, reports the Namibian Sun. He said this was the first time the multinational exercise was being held in desert conditions. The exercise will be directed by Namibia’s special forces commander, colonel Martin Shikomba.

Ndaitwah said the SADC troops fighting rebels in the Democratic Republic of Congo is “a clear sign that the region has a mission of bringing and maintaining peace and stability on the continent. This is a mission we cannot postpone if we are able to execute it,” he said.

“SADC special forces have proven themselves combat ready for deployment during the past four years,” Coetzee said, referring to annual exercises, the most recent of which was held in Lesotho last year. “SADC special forces are ready to take part in the SADC Standby Brigade.”

Each SADC member country has a special forces field of expertise awarded to it. “We have lots of experience we can offer to the SADC,” Coetzee said, as the special forces have done maritime operations, counter-insurgency training and next year will conduct anti-piracy training.

A major message coming through on day one of the SA Joint Air Defence Symposium (SAJADS) is that without political will across the region the implementation of a Southern African Development Community-wide air defence network will not become reality.

This was illustrated by defence analyst Helmoed Heitman who told the 350 plus delegates that few understood the potential of air power in peacekeeping, stabilisation and constabulary operations in Africa.

This because air defence was regarded by many of no real relevance in Africa, mainly because it is considered in conventional warfare terms and “the conventional wars there have been in Africa have not been studied”.

He said air power “in one or more forms will always be an element – usually a critical element – of any military operation” on the continent citing its sheer size, the generally large theatres and areas of operation as well as the poor condition of overland transport infrastructure and the small size of the majority of African militaries as reasons for this.

The relevance of a regional air defence system to South Africa and the wider region, he said, was based on “simple, self-interest”.

“South Africa needs a peaceful and prosperous neighbourhood within which to develop its economy, both to attract vital foreign fixed capital investment and because, as Sergio Vieira, a one-time senior Mozambican intelligence official put it ‘paupers make bad neighbours’ – not that our immediate neighbours are necessarily paupers but their economies are too small to provide the markets we need.

“SADC as such also needs a peaceful and prosperous neighbourhood, for much the same reasons, and also because as former Tanzanian President Benjamin Mkapa said ‘if your neighbour is not stable, you cannot be stable for too long. If your neighbour collapses, the fallout will not respect the boundary between you’.

“The bottom line is South Africa and SADC need the peace, security and stability without which it will be impossible to undertake any meaningful economic activity.”

In this regard he quoted Defence and Military Veterans Minister Nosiviwe Mapisa-Nqakula who said: “There is no possibility of development and economic success for a South Africa surrounded by a pool of instability, war and hunger”.

He also warned that it was not only the “good guys” who made use of air power pointing out there were dedicated air routes used for smuggling, among others, valuable mineral ore as well as drugs and weapons.

“Air power in its widest sense will form a key element in many of the security challenges that will face Africa over the next few decades – from the occasional conventional or semi-conventional inter-state war through to insurgency and terrorism to organised crime. The trend is clearly visible and there are good examples to be found in Latin America and South-east Asia.

“The air defence community will need to accept, understand and digest that reality, and then develop a set of doctrines to deal with it. And they will have to persuade their colleagues in the other services of the need to think unconventionally in respect of air defence, not least in how one conducts offensive counter-air operations: Not many would see an infantry platoon placed at an air field or a long-range sniper team covering one from a hill two kilometres distant in that role, but that will in some cases be the only or at least the optimal solution. Imagination is required, not just professional competence.”

He said the continuing presence of budget constraints had, in Ghana, been overcome by issuing fishermen with camera capable mobile phones.

“The country knows it cannot properly patrol its fishing waters and bringing fisherman who are on the water into the equation helped enormously. They are taught how to use the phones and once pictures of suspected fish poachers are taken they are sent to a control room from where scarce assets can be deployed without the need for continuous patrolling.”

His innovative approach sees off-the-shelf commercial portable computers, laptops, tablets and mobile phones working together to provide short, sharp burst of information on to commanders to enable fast decision-making when it comes to airspace violations.

He envisages the Internet browser as an example of a simple, cost efficient system to carry this information with the added bonus of information carried being outdated less than a minute after transmission and so obviating the need to make it “hacker-proof”.