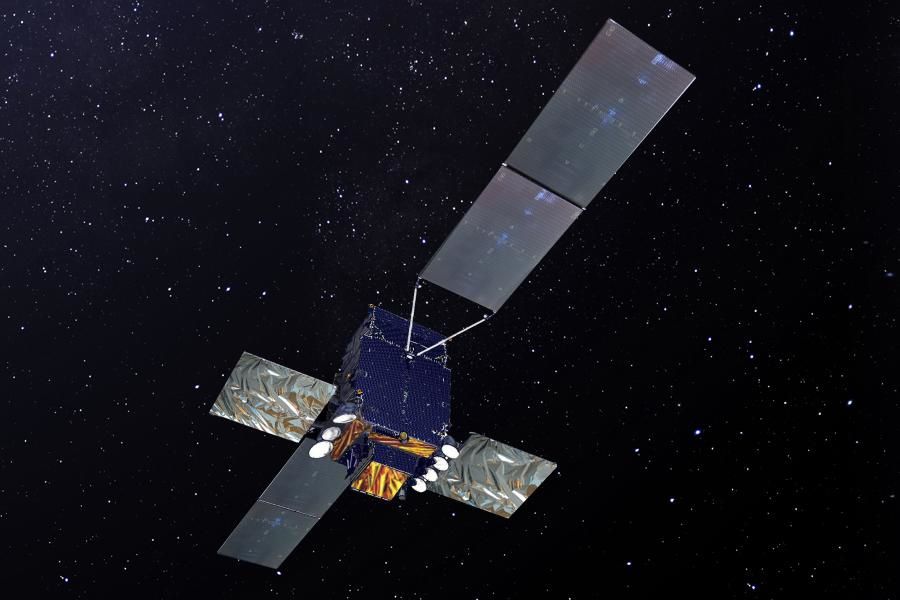 The Sicral 2 telecommunications satellite, a joint undertaking of the Italian Ministry of Defense and the French defense procurement agency DGA (part of the Ministry of Defense), has arrived at the Guiana Space Center in French Guiana for an Ariane 5 launch on April 15.

After being developed at the Thales Alenia Space plants in Rome, l’Aquila, Cannes and Toulouse, the satellite has been integrated in Rome and Turin facilities and then underwent environmental tests at the company's plant in Cannes. The satellite will now undergo final tests and pre-launch procedures at the Guiana Space Center.

Sicral 2 is one of the basic building blocks in Italian-French defense cooperation. It is a technological state-of-the-art system, designed to bolster the military satellite communications capabilities already offered by Italy's Sicral 1 and Sicral 1B satellites, and by the Syracuse system in France.

Sicral 2 is a joint program funded by the Italian and French Ministries of Defense, with shares of 68% and 32%, respectively, as part of a broader Framework Agreement between the two countries. This agreement also involves the countries' space agencies and recently led to the launch of the dual-use broadband communications satellite, Athena-Fidus.

Thales Alenia Space is the main industrial partner in the Sicral 2 program. In line with its role on the Sicral 1 and Sicral 1B missions, Thales Alenia Space was responsible for the space segment, the system ground segment architecture and the development of the mission control and communication center. Telespazio is involved in the ground segment for the design, realization, integration and testing phases of the Satellite Control Center in Vigna di Valle and Fucino.

Moreover, Telespazio took an active role in the development of Sicral 2, contributing part of the development costs and receiving in turn the use of part of the satellite’s transmission capacity. It will enable it to offer satellite communications to the armed forces of NATO member countries. Telespazio is also responsible for satellite launch service from Kourou, for early orbit services (LEOP – Launch and Early Orbit Phase) and for satellite first In-Orbit Tests (IOT) from Fucino.

Thales Alenia Space, a joint venture between Thales (67%) and Finmeccanica (33%), is a key European player in space telecommunications, navigation, Earth observation, exploration and orbital infrastructures. Thales Alenia Space and Telespazio form the two parent companies' “Space Alliance”, which offers a complete range of services and solutions. Because of its unrivaled expertise in dual (civil/military) missions, constellations, flexible payloads, altimetry, meteorology and high-resolution optical and radar instruments, Thales Alenia Space is the natural partner to countries that want to expand their space program. The company posted consolidated revenues in excess of 2 billion euros in 2014, and has 7,500 employees in six countries. www.thalesaleniaspace.com