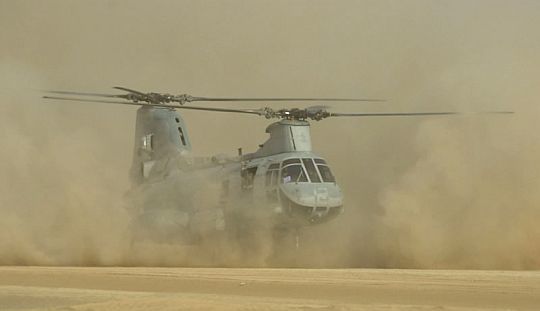 Sierra Nevada Corporation (SNC) has been awarded a task order for the next phase of development for its Degraded Visual Environment Pilotage System (DVEPS). The indefinite-delivery/indefinite-quantity (IDIQ) contract with the United States Special Operations Command Technology Applications Contracting Office was initially awarded in 2013 to increase the safety of military aircrews worldwide.

SNC’s DVE Pilotage System will allow pilots to safely operate in degraded visual environments such as brownout, smoke, sand, snow, rain and fog conditions through the use of a multi-sensor, see-through imaging system that provides real-time, high-resolution fused imagery of the terrain and obstacles. This multi-aircraft, game-changing technology will increase aircrew situational awareness of obstacles throughout all phases of flight including people, power lines, ditches, mountains, rocks and other obstacles, reducing loss of life and equipment.

“It is a great honor to have been selected for the third phase of this important life-saving and mission enabling program that will provide agile, flexible and economical technology to our country’s military.” said Greg Cox, corporate vice president for SNC’s Communication, Navigation and Surveillance/Air Traffic Management business area  “DVEPS combines unmatched performance in a reduced Size, Weight and Power (SWaP) envelope, creating a superior system that was unavailable at the start of the program. We look forward to finalizing this phase of the contract, leading to a Full-Rate Production decision in fiscal year 2017/2018.”

About Sierra Nevada Corporation
Sierra Nevada Corporation (SNC), headquartered in Sparks, Nevada, delivers technology and teams designed to connect and protect, through innovative solutions in aircraft, aerospace, electronics, cyber and avionics. With a track record of success spanning five decades, SNC has been honored as one of America’s fastest-growing private companies, “The Top Woman-owned Federal Contractor in the U.S.,” and among “The World’s Top 10 Most Innovative Companies in Space.” SNC operates under the leadership of President Eren Ozmen and CEO Fatih Ozmen, with a workforce of more than 3,000 personnel in 33 locations in 18 states and business divisions in England, Germany and Turkey.