"The planning, coordination and execution of these exercises allowed the integration of SNMG2 and other maritime Alliance assets in a multi-threat environment," said Lt. Cmdr. Ruiz Rodriguez (ESP N), SNMG2 Staff Communications Officer.  "The training provided us with outstanding results and allowed us to showcase our integration for key leadership across the Alliance."

SNMG2 was deployed to the Black Sea to reassure allies in the region of the Alliance’s collective defence and resolve. Throughout the month of March, SNMG2 participated in three separate exercises designed to improve interoperability and enhance rapid integration of Alliance maritime assets.

"Working with our Allied navies helps us improve our teamwork and interoperability," said Ensign Andrew Hanna, Vicksburg’s 1st Lieutenant. "The experience that we gained from these exercises will help us become more proficient both as operators and as a unit."

The force trained on anti-air, anti-submarine and anti-surface warfare procedures during separate exercises with the Turkish, Bulgarian and Romanian navies. The ships also responded to simulated small boat attacks and maneuvers with the ships in close proximity to one another.

"I am truly proud of the performance of all SNMG2 Sailors over the last several weeks," said Williamson. "The hard work they put in during this period allowed for invaluable training with our Allies on the Black Sea. The rapid integration we were able to achieve with three different navies is a true testament to the strength of the Alliance."

While in the Black Sea, SNMG2 made port visits to Varna, Bulgaria and Constanta, Romania. During each visit, the Sailors and leadership of the group interacted with key decision-makers both professionally and personally. The crews from all ships were also afforded time to explore the region and experience the rich history and culture of the Alliance nations bordering the Black Sea.

Since Williamson assumed command of SNMG2 in July 2014, the group deployed to the North American coast where it participated in three high-tempo exercises with multiple Allied nations.

Upon completion of their North American deployment, the ships of SNMG2 returned to the Mediterranean and again engaged in complex multinational exercises with Allied nations, including one of NATO’s largest exercises and the naval response force certification event for 2014; exercise Noble Justification. SNMG2 also completed several surges in support of NATO’s anti-terrorism mission, Operation Active Endeavour.

The group will resume patrols in Mediterranean, contributing to maritime situational awareness in the region. CONSTANTA, Romania (March 13-16, 2015) A Romanian port police escort vehicle pulls out to sea as the guided-missile cruiser USS Vicksburg (CG 69) arrives in Constanta Harbor. Vicksburg is the flagship for Standing NATO Maritime Group 2 (SNMG2), a multinational integrated force that projects a constant and visible reminder of the Alliance's solidarity and maritime capability for operations and other activities in peacetime and periods of crisis. The other ships involved are HMCS Fredericton (FFH 337), TCG Turgutreis (F 241), FGS Spessart (A 1442), ITS Aliseo (F 574) and ROS Regina Maria (F 222). Later the cruiser leads a formation of ships through the Black Sea, March 16. (NATO video/Released) 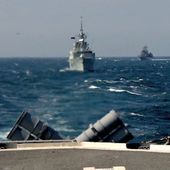 SNMG2 is in the Black Sea as part of a regularly scheduled deployment to the region to assure NATO Allies of the Alliance’s commitment to collective defense.  During the deployment, SNMG2 ships are training with ships from the Bulgarian, Romanian and Turkish Navies.

“Our Sailors are excited to visit Varna and to interact with the people who represent this city and nation,” said Rear Admiral Williamson. “More importantly, we are looking forward to getting back underway and training with the professional mariners of the Bulgarian Navy.”

During the port visit, SNMG2 leadership will meet with local Bulgarian authorities and Navy officials to discuss numerous issues of shared importance, to include exercises in the Black Sea.

SNMG2 Sailors will also have the opportunity to experience the rich culture and history of the surrounding area and participate in volunteer opportunities before returning to the Black Sea to train with the Bulgarian Navy and maintain maritime situational awareness in the region.

Bulgaria became a member of NATO on March 29, 2004, along with Estonia, Latvia, Lithuania, Romania, Slovakia and Slovenia. 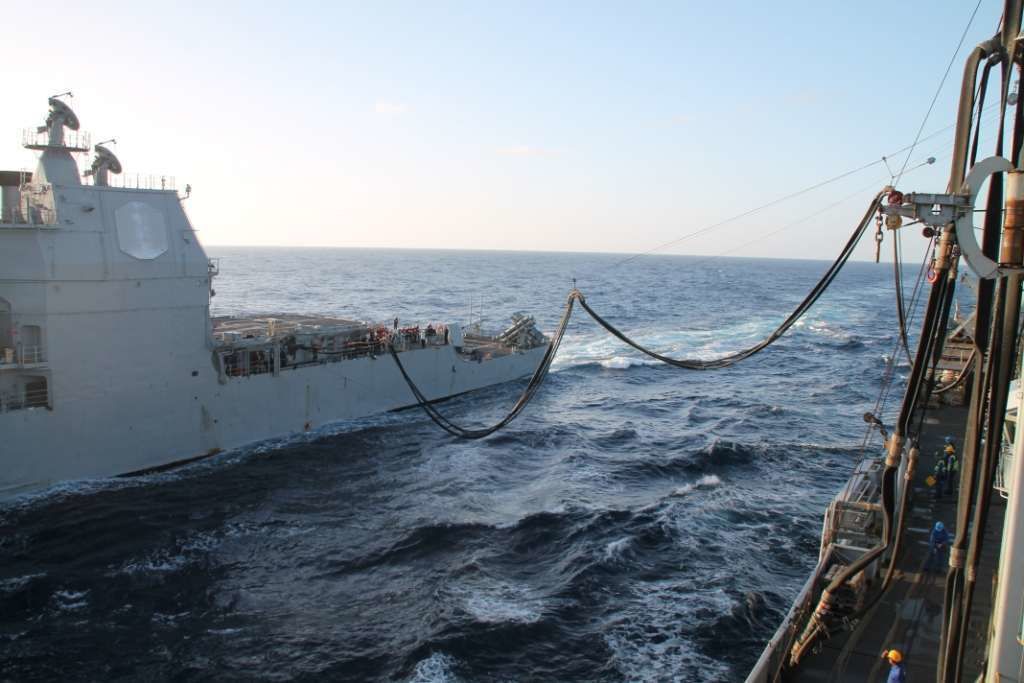 NATO is launching exercises in the international waters of the Balkans, with warships and troops of several member countries also “visiting” Bulgaria until September 22. It comes as a new submarine enters service in the Russian Black Sea Fleet.

Starting Friday, naval exercises will take place in the southeast of Constanta, off the territorial waters of Romania. Standing NATO Maritime Group 2 – which includes the US, the UK, Germany, Greece, Spain, Italy, the Netherlands, and Turkey, as well as the naval forces of Bulgaria, Romania, and Canada - is taking part in the drills.

The drills include PASSEX type exercises. These will feature communication drills, joint tactical maneuvers, and data exchange on viewing surface and underwater situations. The naval forces will also be tasked with defeating attacks of simulated air and surface enemies.

Two ships of the Romanian Naval Forces, a Spanish frigate (ESPS Almirante Juan de Borbon, military classification F-102), a Canadian frigate (HMCS Toronto), and a Drazki frigate of the Bulgarian Naval Forces will be involved in the drills.

The warships of Standing NATO Maritime Group 2 will pay an unofficial “visit,” or port call, to Varna, Bulgaria, where they will be staying between September 19-22, Itar-Tass reports.

Romania earlier called on the United States and NATO to boost their presence in the Balkan country.

As a former communist state, Romania has been among the staunchest advocates of Western sanctions against Russia after the accession of Crimea.

Since the standoff between Russia and the West began over Ukraine, Romania - together with Bulgaria - has taken part in navy drills in the Black Sea and hosted military exercises with US troops.

Meanwhile, Russia’s first Varshavyanka-class submarine has entered service with the Black Sea Fleet. The vessel will head to the Black Sea port of Novorossiysk after completing final trials with the Northern Fleet.

Russia’s Defense Ministry has ordered a total of six submarines to be completed by 2016. These are primarily intended for anti-ship and anti-submarine missions in relatively shallow waters. They will be run by 52 crew, have an underwater speed of 20 knots, and a cruising range of 400 miles with the ability to patrol for 45 days.