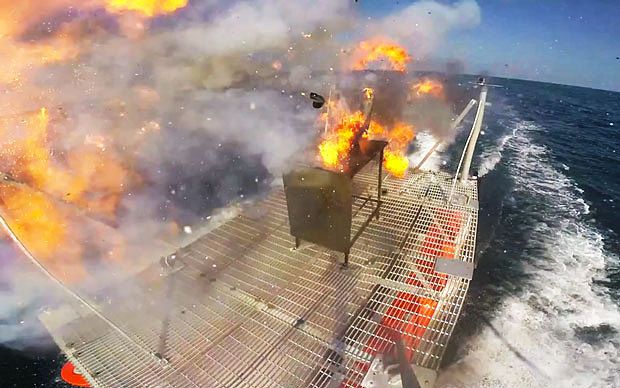 US Naval base tests out Laser weapons Photo ONR

The Ministry of Defence will begin building an experimental laser weapon later this year as a prototype for Star Wars-type armaments that could one day be used by British forces. The project costing up to £100 million aims to create a high-energy laser that can track and hit moving targets in any weather. Britain is joining the laser arms race as America has already developed a series of drone-killing and ship-burning lasers and already has one weapon on board a warship in the Gulf. The MOD is looking for defence firms to help build prototype machines “to enhance the UK’s understanding of the capability of a laser based weapon system”. “The potential of laser based weapons systems has been identified as an opportunity and offers significant advantages in terms of running costs as well as providing a more appropriate response to the threats currently faced by UK armed forces,” according to the MoD.