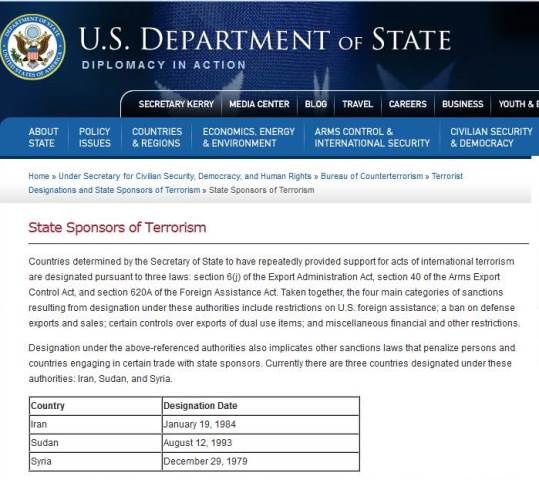 Saudi Arabia was a special case as well because the Saudis never officially supported Islamic terrorism but were, at the same time, very much responsible for the increase in Islamic terrorist activity since the 1970s. That’s because in Arabia (where Islam first appeared in the 7th century) the locals believe they are more Islamic than other Moslems. After all, the Koran was written in Arabic and all the founders of Islam were Arabs. Yet for over a thousand years there has been a tradition of different factions in Arabia trying outdo each other to prove who is “more Islamic” than the other. This led to constant fighting and suppression of new ideas. One of those fanatic factions is the Wahhabi form of Sunni Islam in what is now Saudi Arabia. Wahhabis, who first appeared in the 18th century, are very conservative and very hostile to non-Moslems and Moslems who are not Sunni. This meant little to the non-Moslem world until lots of oil wealth appeared in Arabia after World War II. Suddenly it became possible for Saudis to show how pious they were by funding Wahhabi missionaries who went to other Moslem (and many non-Moslem) nations to preach, establish Wahhabi religious schools and mosques and create the current Islamic terrorism problem. Billions were (and still are) spent on this and the policy of getting the young boys into these free religious schools and turning many of them into hateful (towards anyone not like them) Islamic religious fanatics led to a major outbreak of Islamic terrorism in the late 20th century. Yet many Moslem nations resisted this. Saddam kept Wahhabis  out of Iraq until 1991. Many secular rulers of Moslem countries (like Syria and Libya) also resisted the Wahhabi missionaries and money.

The Wahhabi problem is most obvious in Saudi Arabia, which practiced what it preached. Saudis comprise the largest faction of ISIL and al Qaeda recruits because so many Saudis have been educated in Wahhabi run schools. The Saudi rulers control the clergy, to a point, and do not allow public expressions of anti-Saudi Islamic radical ideas. But many Saudis back ISIL goals (which include replacing the Saudi monarchy), even is many of them do not wish to live under ISIL rule. This ideological mess is something Arab rulers, particularly in Saudi Arabia, have been dealing with since Saudi Arabia was formed in the 1920s. Change comes slowly in religious matters but meanwhile religious zealots that Arab oil wealth paid to create threaten us all. After September 11, 2001 the Saudis reluctantly began cracking down on the Islamic terrorist monster they had created. This was difficult to do but the Saudis were largely persuaded by the growing number of Islamic terrorist groups that wanted to kill the Saudi royals and run all of Arabia as a religious dictatorship. Messing with religion is one thing but if you really want to get someone’s attention threaten to take away their wealth and power.

Then there are the Palestinians. The persistent popularity for Islamic terrorism in many Arab countries is largely due to the growing use of anti-Infidel (non-Moslem) propaganda in the local media and the educational system. In the Palestinian territories both Hamas (hard liners running Gaza) and Fatah (the more corrupt "moderates" running the West Bank) have spent the last decade increasing their use of pretty blatant ant-Semitic and anti-Infidel (non-Moslem) propaganda and praise for Palestinian terrorists, even those whose only accomplishment was to kill civilians. While the strident anti-Israel rants of the Iranians gets a lot of media attention in the West, these pronouncements are not much different than those that appear daily in Arab and Pakistani media.

This sort of thing has been going on for decades and now there have been two or three generations raised on this hateful media. Some Moslems see through it all, eventually, but most do not and simply accept it as the way the world is. Some immigrate to the West for the obvious economic opportunities and spend a period of time trying to sort out the stark differences between the propaganda they grew up on and the very different reality they migrated to. Mentioning this dissonance to the folks back home will only get you, and them, in trouble, so the immigrants are forced to keep track of two very different world-views. In the meantime, the children who grew up in this storm of lies and hate are still being encouraged to become suicide bombers.