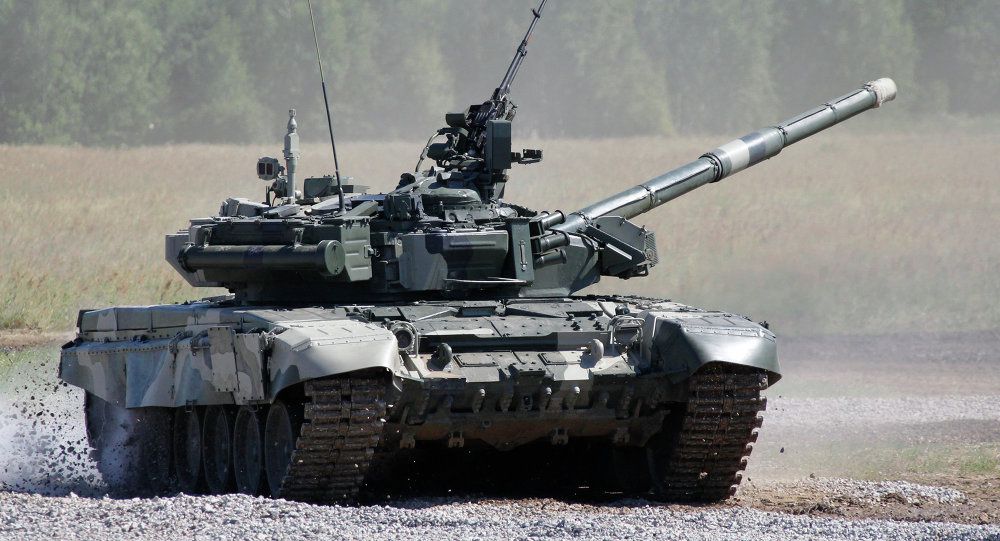 Russia is to continue supplying advanced defensive weaponry to the Southern Kuril Islands, which have long been the subject of a territorial dispute between Moscow and Tokyo.

So far, the Russian troops deployed on the group of Pacific Ocean islands have received air defense missile systems, heavy weaponry and communications technology. The defenses are now to receive a further upgrade, reports Interfax.

"Buk-M1 surface-to-air missile (SAM) systems, modern communications systems and heavy armor, including a battalion of T-80 tanks, have already been delivered to the Kurils," a high-ranking official at the Defense Ministry told Interfax on Wednesday."The provision of modern weapons and hardware for the troops in the Kurils will continue."

In particular, the source did not rule out that Pantsir-S1 mobile missile antiaircraft weapon systems will be deployed in the region, while Buk-M1 systems will be replaced by a new version – Buk-M2.

Meanwhile, new military towns complete with all necessary infrastructure are being built on Kunashir and Iturup islands.

Russia's chief of army staff, Nikolai Makarov, previously said the Kremlin was committed to fielding its latest military technologies on the Kuril Islands.

Earlier, Russia’s chief of army staff Nikolay Makarov said that Moscow planned to equip the Kurils with weaponry that would “guarantee security for the Russian territory from sea, air and land.” In particular, the mobile coastal missile system (MCMS) Bastion with anti-ship missiles Yakhont is due to be supplied for the troops deployed on the islands.

"By 2014, at the latest 2015, the grouping in the Kurils will have an absolutely new look with modern weapons and military hardware," Makarov told Interfax.

The personnel will not be increased though. However, its potential will grow significantly, the Army chief pointed out.

In February, President Dmitry Medvedev ordered that sufficient weaponry be deployed on the Kuril Islands to guarantee the security of the disputed territory.

Moscow’s stance is clear: it does want to maintain good relations with the neighbors, but Russia’s sovereignty over the islands is irrefutable – they are an integral part of the country.

The Southern Kurils – comprising the islands Kunashir, Shikotan, the Khabomai Rocks and Iturup – fell underSoviet control after WW2 and have since been considered Russian territory. Tokyo, however, insists that the four islands of the archipelago – known as the Northern Territories by the Japanese – belong to them.

The dispute has been going on for years now with the sides repeatedly exchanging heated comments. The status of the territory was a major stumbling block in the signing of the Moscow-Tokyo peace agreement following WW2. Tensions intensified even further at the end of last year when several high-ranking Russian officials, including President Medvedev, visited the Kurils.

In July, Moscow and Tokyo created a historical commission to study thorny issues in bilateral relations and discuss the peace treaty in “a more favorable atmosphere.”

However, when several days later Russian security chief Nikolay Patrushev arrived on a working visit to the Kurils, the usual barbed exchange of diplomatic comments followed. Japan’s government expressed its regret over the visit and called it “unacceptable.” The Russian Foreign Ministry hit back saying that visits by Russian officials to the islands were “an internal matter for our country” and any outside assessment was inappropriate.