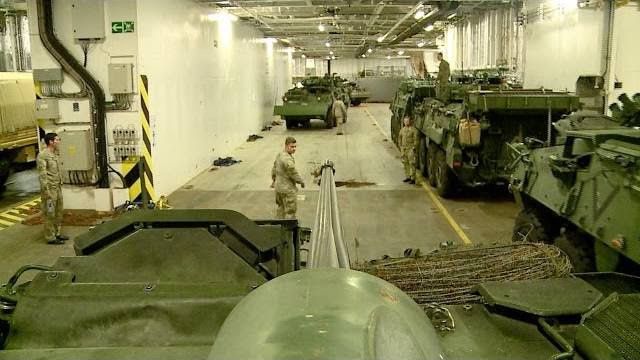 The New ZealandNew Zealand Defence Force lands safely in Australia after being transported across the sea by the HMNZS Canterbury. Our ship carried over two of our newest NH90 helicopters and around 45 military vehicles.

The exercise involves 30 000 troops from the ADF, the US military and NZDF and Japan's Self Defence Force.

Exercise Talisman Sabre: Gearing up for the War Games The run-up to Exercise Talisman Sabre begins at Wellington, where the Navy's HMNZS Canterbury will be taking two of our newest NH90 helicopters and around 45 military vehicles to Australia.
The exercise involves 30 000 troops from the ADF, the US military and NZDF and Japan's Self Defence Force.