Chad emerges as African power broker as France steps back

Chad's President Idriss Deby, a survivor of countless rebellions, has stepped into a void left by Africa's traditional heavyweights and turned his desert nation into a powerbroker as France disengages from its former colonies.

The success of Chad's 2,000 battle-hardened troops in a French-led mission to hunt down al Qaeda fighters in the deserts of northern Mali has marked it out as the only African nation to quickly deploy an effective fighting force.

In March, Chadian peacekeepers then played a decisive role in allowing rebels to seize power in Central African Republic, cementing 60-year-old Deby, who seized power in a 1990 coup, as a regional kingmaker, Reuters reports.

Some trouble now appears to have arrived closer to home: last week Deby headed off what Chadian officials described as a coup plot. Two senior generals were arrested and four people were killed, although the details remain murky, with opponents calling it a government move to crush dissent.

Whatever the circumstances of last week's incident, expressions of alarm from Paris showed Deby's importance to the former colonial power as France seeks to row back from its role as "Africa's policeman".

"France wants stability in Chad," said a senior French diplomat. "Chad is an important partner for France in Africa. It is participating in the fight against terrorism in Mali and plays a stabilising role in the region."

Chad's military success has handed Deby status among his West African counterparts, who thanked him at a February summit for his decisive intervention in Mali. He seems set to win Chad's first seat on the U.N. Security Council in 2014.

It is a remarkable turnaround for Deby, a taciturn French-trained ex-fighter pilot who only survived a rebel attack on his presidential palace in 2008 thanks to support from Paris.

Long one of the poorest countries in the world, Chad has started earning hundreds of millions of dollars a year since ExxonMobil began pumping oil in 2003.

That has allowed Deby to rearm and slowly position himself as a central African strongman, filling a gap left by traditional regional powers.

To the north, the 2011 civil war in neighbouring Libya removed an influential if mercurial player, Muammar Gaddafi, while flooding the Sahara with weapons. In a bid to fill Gaddafi's shoes, Deby revived the overthrown Libyan leader's Community of Sahel Saharan African Countries in January.

To the West, Nigeria, West Africa's richest and most populous country, has pulled back from the region as its sparsely-equipped military has been stretched combating the Boko Haram Islamist insurgency at home, which has killed thousands since it flared again in 2009.

Nigeria sent 1,200 troops to Mali, but unlike the Chadians they played no part in frontline battles against the Islamists. The Nigerians form the core of an African force playing a policing role well behind the French and Chadian offensive.

Chad, by contrast, burnished its reputation in March by announcing the death of the elusive and feared al Qaeda commander, Abdelhamid Abou Zeid. Its claim to have killed Mokhtar Belmokhtar, mastermind of January's mass hostage-taking at the In Amenas gas plant in Algeria, has not been confirmed.

"Who would have thought six months ago that we would be paying so much attention to Chad?" said John Campbell, senior fellow for Africa Policy Studies at the Council on Foreign Relations and a former U.S. Ambassador to Nigeria. "Chad has found space because of Nigeria's withdrawal."

In Central African Republic, Chad's decisive role in the change of government exposed South Africa's pretension of acting as a continental superpower. Pretoria had sent a contingent of some 400 troops to prop up President Francois Bozize.

Deby, who had helped Bozize seize power in a 2003 coup, had tired of Bozize's refusal to share power with the opposition which was stirring up a revolt along Chad's southern border.

The final straw came when Bozize disbanded his Chadian bodyguard and turned to South Africa for military aid. Deby ordered Chad's peacekeepers to step aside and Seleka rebel forces stormed the capital, as France made good on its promise not to intervene militarily.

South Africa's involvement ended with 13 of its soldiers killed, showing Pretoria lacked the regional knowledge and military resources to play a decisive role in Deby's backyard.

"Deby wanted more recognition for what he had done for Bozize," said one close aide to the ousted president. "But Bozize turned to others for help and Deby did not like that."

Djotodia, who spoke with Deby before the coup, is backed by rebel generals with close ties to Chad: his head of military operations is a former member of Deby's presidential guard.

"That the French did not help Bozize contributed to his downfall, but the kingmaker was clearly Chad," said Alex Vines, head of the Africa programme at Britain's Chatham House international affairs think tank.

In Paris, Deby is regarded as a useful ally as a cash-strapped France reassesses its priorities. Paris is shifting attention towards Asia and ending the post-colonial system of 'francafrique' under which it intervened more than 40 times to prop up African leaders who backed its business interests.

President Francois Hollande sent French troops to Mali saying al Qaeda-linked rebels could use a northern enclave to threaten global security. But he has vowed to promote democracy in Africa and end French meddling in purely domestic politics.

Deby remains an unpredictable ally. With tax from 120,000 barrels a day of oil production supplying state coffers and investment interest from China, he does not need France for cash. Economic growth hit 7 percent last year, though Chad still ranks near the bottom on indexes of economic development.

Vines said Chad cooperated with France in Mali because their goals were aligned but Deby is no "proxy" for French interests: "In Central African Republic, I can't imagine France would want the Seleka rebels in power ... It's highly destabilising."

Since seizing power in a 1990 coup, Deby has won a series of elections disputed by international observers and faces allegations of graft and rights abuses. He has weathered at least seven rebellions, mostly from the lawless east.

Officials in Paris insist that were Deby to be in trouble again, France would not get involved this time. But they acknowledged that Deby's usefulness is forcing Hollande's government to turn a blind eye to his domestic dealings.

"When Deby came to Paris before Mali, we raised the difficult internal questions, but now we have to find the right balance," said one French diplomatic source.

The circumstances of what Chadian officials described last week as a bid to "destabilise the Republic" in N'Djamena remain unclear, with opponents accusing Deby of preemptively crushing dissent.

With many of his best fighting troops 1,500 miles away, Deby is more exposed that he has been for years. Timan Erdimi, Deby's nephew, vowed last month to revive the UFR rebel movement in eastern Chad, which almost toppled Deby in 2008.

Opposition leaders have publicly questioned the wisdom of lavishing money on the mission in Mali - estimated at some 100 million euros - given shortages at home.

Despite its oil, landlocked Chad has been rocked by humanitarian crises over the last decade including conflicts in the east and south, drought in the arid Sahel, and flooding. Two journalists who have criticised the government have been jailed in recent weeks.

Opposition leaders say many in the military are demoralised by the failure to pay bonuses and the loss of some 36 soldiers - the heaviest of any foreign army - battling Islamists in Mali.

"If we tried to destabilise him, we would be categorised as trouble makers, Islamists even," said opposition leader Acheikh ibn Oumar, exiled in Paris. "An attempt to destabilise him is more likely to come from within his own circles in the capital." 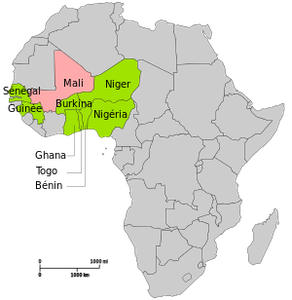