The U.S. Navy conducted successful test flights Nov. 7 and 9 of two Trident II D5 Fleet Ballistic Missiles built by Lockheed Martin (NYSE: LMT). The world’s most reliable large ballistic missile, the D5 missile has achieved a total of 157 successful test flights since design completion in 1989. The D5 is the sixth in a series of missile generations deployed since the sea-based deterrent program began 60 years ago. The Navy launched the unarmed missiles in the Pacific Ocean from a submerged Ohio-class submarine. The missiles were converted into test configurations using kits produced by Lockheed Martin that contain range safety devices and flight telemetry instrumentation. The test flights were part of a demonstration and shakedown operation, which the Navy uses to certify a submarine for deployment following an overhaul. 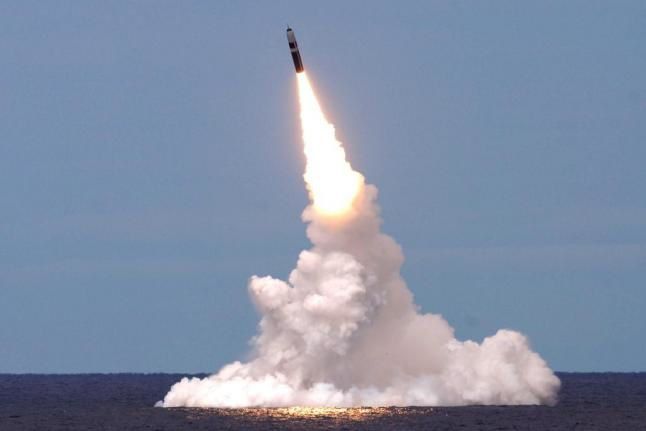 This event marked the 145th, 146th, 147th and 148th successful test flights of the D5 missile since design completion in 1989 – a reliability record unmatched by any other large ballistic missile.

The Navy launched the missiles as part of Follow-on Commander's Evaluation Tests. The missiles had been converted into test configurations using kits produced by Lockheed Martin that contain range safety devices and flight telemetry instrumentation. As required by the Department of Defense's National Command Authority, the U.S. Navy conducts a continuing series of operational system evaluation tests of the Trident Strategic Weapon System under the testing guidelines of the Joint Chiefs of Staff.

Lockheed Martin has been the Navy's strategic missile prime contractor since the program's inception in 1955. The United States and the United Kingdom signed the Polaris Sales Agreement in 1963, which was modified in 1982 to provide for the Trident II D5 missile system. Since 1968, Lockheed Martin has provided program management and engineering services to the Royal Navy under the terms of the agreement.

Lockheed Martin leads the industry in performance and domain expertise in strategic missile and missile defense systems, designing and producing ballistic missiles, interceptors, target missiles and reentry systems with unmatched reliability and a focus on affordable high-quality systems and services.

Headquartered in Bethesda, Md., Lockheed Martin is a global security and aerospace company that employs about 116,000 people worldwide and is principally engaged in the research, design, development, manufacture, integration and sustainment of advanced technology systems, products, and services. The corporation's net sales for 2012 were $47.2 billion.