Questions are being asked, and no answers given, about the aftermath of an American raid in Syria that captured lots of evidence of illegal activities throughout the Middle East and in the West. Five months after the raid the massive amount of intel taken has resulted no one being arrested or prosecuted. This all began on May 18th, 2015, in the eastern Syria (Deir Ezzor province) when American commandos (from the army Delta Force) raided the heavily guarded ISIL compound of Fathi ben Awn ben Jildi Murad al Tunisi (nicknamed Abu Sayyaf), a Tunisian who ran ISIL finances. This included the lucrative trade in stolen oil and any other scams that will bring in revenue. The raiders sought to take Abu Sayyaf alive but he and two other senior ISIL officials died in the brief battle.

The raiders did seize many records (most of them electronic) and took away Abu Sayyaf’s wife who was wanted for supervising the enslavement of captured women. Also taken away were a quantity of small (easy to smuggle) antiquities that ISIL was preparing to smuggle out of Syria for sale to wealthy buyers in the Middle East and the West. In late September the United States returned these small antique items to the Iraqi government and that put the May raid back in the news and triggered unanswered questions about the follow-up to the intel taken in that operation. It may be a long time before it is revealed what actually happened here, especially when it comes to the trade in illegal antiquities. The most likely explanation is that the non-terrorists revealed to be involved (as smugglers, middlemen and financiers) of the smuggling operation all agreed to provide information about ISIL and thus are remaining unidentified. That doesn’t explain all the silence, but does account for much of it. Abu Sayyaf was dealing with tens of millions of dollars of illegal transactions each month and the number of operations he had in various stages of completion probably amounted to over $100 million and involved a lot of prominent people who pretended to be honest, upright citizens. That sort of thing rattles a lot of cages and has lot of unpredictable side effects. .

The raiders came in at night in special SOCOM UH-60 helicopters and left the same way with all their loot and captives. ISIL was alarmed as the suddenness and success of this raid and suspect one or more traitors supplied the Americans with information. That was because the raiders know where everyone and everything was inside the compound (which contains over fifty buildings) and also seemed to know that most of the security forces had been temporarily called away to take care of an emergency. ISIL is always looking for traitors and being falsely accused of treason is considered an occupational hazard within ISIL. Most of those accused are executed and many are extensively tortured first. ISIL has also made it more complicated to join the inner circle (ISIL management) and now demands extensive background checks. The penalty for failing such a background check is death. The most likely source of the traitorous information was probably local civilians who hate ISIL. Despite cancelling its quest for an Armed Aerial Scout, or AAS, aircraft – a replacement for the OH-58 Kiowa – an Army leader told Congress there is still a valid need for that type of aircraft.

“We still have a valid requirement for Armed Aerial Scout. That has not changed,” he said. “We made a fiscal decision, based on the original 40-percent cuts that came into the aviation modernization portfolio.”

Right now the Army plans to divest itself of the OH-58 Kiowa aircraft, which had performed the armed reconnaissance helicopter mission. The Army deemed it too expensive to maintain the aircraft or upgrade it for the AAS mission through a Service Life Extension Program. Also too expensive was a replacement aircraft.

The Army now plans to use AH-64 Apache aircraft teamed with unmanned aerial systems to fill the role. But Lundy said that isn’t the end of the Army’s quest for a new AAS aircraft.

“Really where we are taking that now is, as we go into Future Vertical Lift [FVL]- what is going to be the armored reconnaissance capability that we have in FVL? We are doing a number of analyses of alternatives associated with the armored reconnaissance variant. We’ve got the requirement already clearly identified for a conventional aircraft right now. We are looking again at FVL as being that next iteration of the armed scout,” Lundy told lawmakers. “If something materializes between now and then we are going to remain agile enough we can look at it. It is a valid requirement. But we are certainly going to be dependent on the fiscal constraints that we have.”

For those pilots making the transition from OH-58 to AH-64 Apache pilot, Lundy said the training is going well, and said that the Army recently graduated three such pilots from training, and that two of those had done well enough to remain on at the school house as instructor pilots.

“I see no issues with the training,” Lundy said.

Lundy also told lawmakers that the Army’s effort at modernization of the UH-60 Black Hawk is underway, and that it supports all components of the Army.

As many as 600 UH-60A Black Hawks across the Army will be divested from the fleet by 2023, he said. Additionally, the Army is converting UH-60L Black Hawks to the UH-60V version, which includes a glass cockpit.

Fielding will happen between 2018-2032, he said. The majority of those will go into the National Guard and the Army Reserve. The Army continues to field the UH-60M model as well, and expects to finish by 2028.

M4 CARBINE IS A SOLID WEAPON

Challenged by one lawmaker with the suggestion that the M4 Carbine is a less-than-satisfactory weapon, the Army’s chief of resourcing said he has heard no complaints from Soldiers.

“It is a capable weapon,” said Lt. Gen. Anthony R. Ierardi, deputy chief of staff, Army G-8. “In my service in 1st Cavalry Division, I did not hear one complaint from my Soldiers about the M4 Carbine. In fact, Soldiers wanted the M4 for what it brings: which is a compact, easy-to-maintain, and capable weapon.”

Ierardi said the Army will continue to enhance the M4, including conversion to the heavier M4A1. He said 90 improvements have been made to the weapon since it was fielded in 1994.

The M113 armored personnel carrier has been in the Army since 1960 and Ierardi said the vehicle has already seen its last days as an operational vehicle. While a number of M113s remain in the Army inventory, the service has stopped using them operationally. The Army plans to replace the M113’s capability with the armored multi-purpose vehicle, or AMPV.

“It is the Army’s intent, and it is under execution now to move away from M113, which brings into discussion the armored multi-purpose vehicle, the follow-on vehicle to the M113 variant,” Ierardi said. “It’s an important capability for the Army to replace: the mobility that the M113s bring in the varied terrain that our armored and tracked vehicles operate. So AMPV is an important program for us to replace the M113s.”

The Army announced in late 2014 that that BAE Systems Land & Armaments, L.P. was selected for the engineering and manufacturing development, or EMD, contract for the AMPV. The initial award is for a 52-month base term, valued at about $382 million. During that time, BAE Systems will produce 29 vehicles.

Industry asks US Army, one shaft or two for new helicopter engine 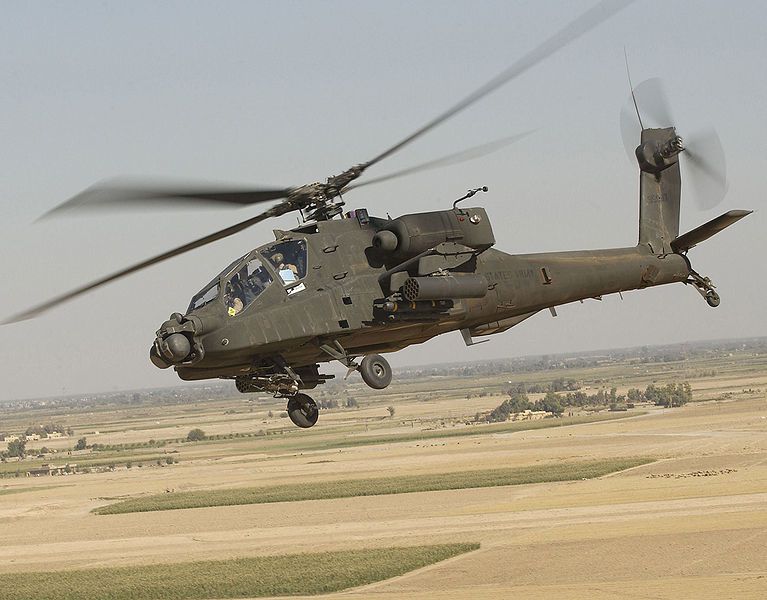 Washington DC - Competition for the US Army’s improved turbine engine programme (ITEP) is shaping up to be a head-to-head match-up between single-spool and double-spool turboshaft powerplant designs.

The army is set issue a request for proposals for preliminary design review in May. Both a Pratt & Whitney/Honeywell team General Electric Aviation are expected to compete, although other engine manufacturers also could bid for the work. General Electric builds the T700 engine that ITEP will replace in army helicopters, and ITEP should be a drop-in replacement for the T700 in the Sikorsky UH-60 Black Hawk and the Boeing AH-64 Apache.

The programme goal is to develop a 3,000shp engine that also achieves a 25% improvement in fuel efficiency over the T700.

Mike Sousa, advanced turboshaft programme manager at GE, says “the fundamental competitive difference is two-spool core versus one-spool”. A single-spool engine, which the T700 is, is simpler than a double spool and the technology is well understood and readily available, Sousa says. An undated photo of a UH-60 Blackhawk assigned to the 1-244th Assault Helicopter Battalion in Hammond, La. Slovakia is leaning towards the purchase of Sikorsky UH-60 Black Hawk helicopters after receiving promises from the US government over support for the acquisition. Martin Glváč, the Slovak defence minister, speaking during a press conference following a meeting with his US counterpart Chuck Hagel, said that new rotorcraft could be acquired through the Foreign Military Sales mechanism. UH-60 Blackhawk helicopters being flown by an unidentified army in Asia are to be supplied with a missile counter-measure system from Elbit Systems. Photo: U.S. Army.

An unidentified Asian army has ordered missile counter-measure systems for its Blackhawk helicopters.

Israel's Elbit Systems Ltd reports it is supplying an unidentified Asian Army with a mini Directed IR Countermeasures system for use on Blackhawk helicopters.

The system is the mini MUSIC IR MSW, a system that protects aircraft from shoulder-fired heat-seeking missiles through the use of a laser that disrupts the navigation system of the missile and knocks it off course.