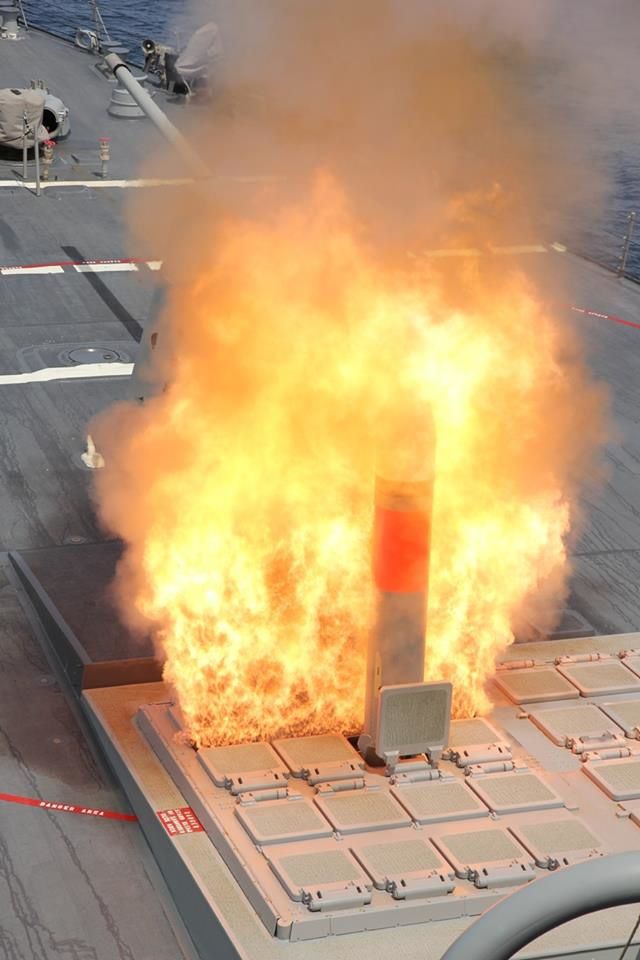 The U.S. Navy's networked Tomahawk Block IV cruise missile has demonstrated new capabilities in a special test conducted with missile-maker Raytheon. In the test, a missile was launched from the destroyer USS Gridley carrying a camera, and captured battle damage indication imagery and then transmitted the image to fleet headquarters with a two-way UHF SATCOM datalink. The missile then engaged in a loiter pattern to await further instructions. Strike controllers at the U.S. Fifth Fleet headquarters in Bahrain retargeted the missile to a new aim point on a Navy range off the coast of California, which it successfully struck.