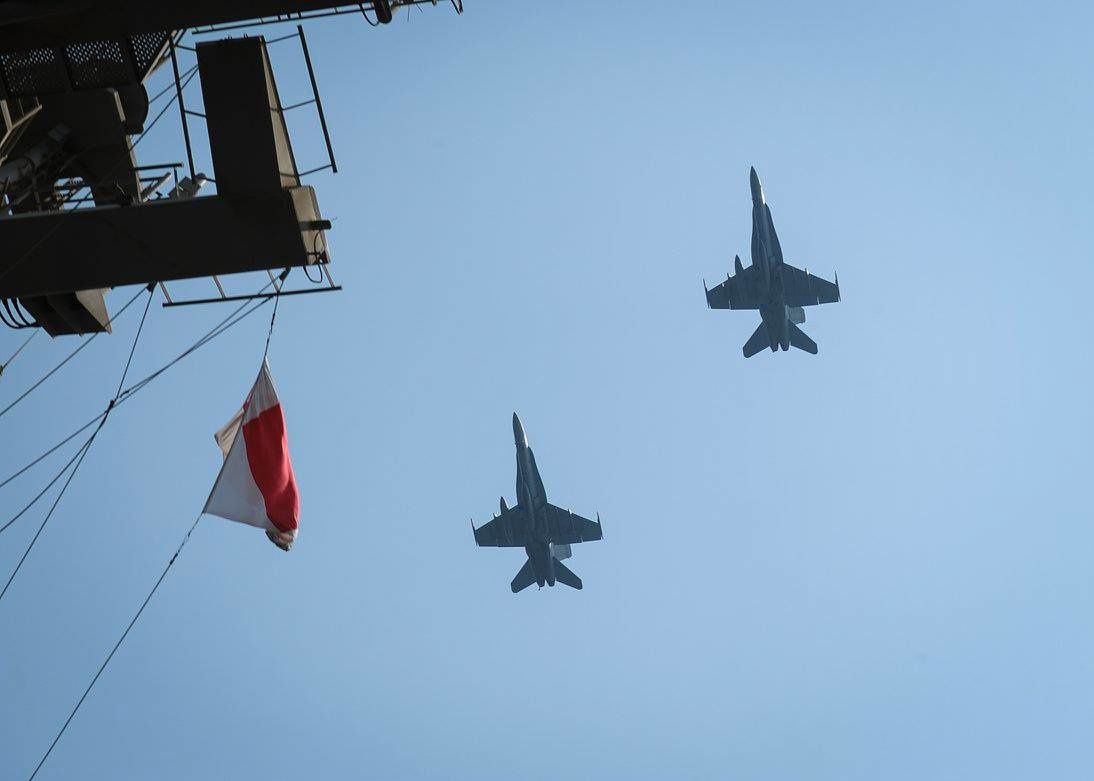 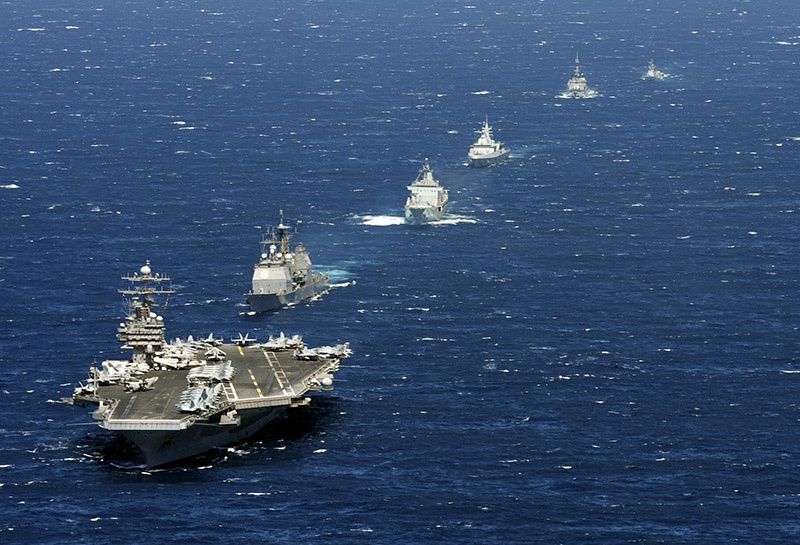 U.S. aircraft carrier and part of its escort “sunk” by French submarine during drills off Florida If you thought aircraft carriers were invincible you were wrong.

On Mar. 4, the French Ministry of Defense released some interesting details, about the activity conducted by one of its nuclear-powered attack submarine (SNA) in the waters of the North Atlantic Ocean.

According to French MoD website (that is no longer online, even if you can still find a cached version of the article titled “Le SNA Saphir en entraînement avec l’US Navy au large de la Floride” [or read it on RP Defense website] ), the Saphir submarine has recently taken part in a major exercise with the U.S. Navy off Florida.

The aim of the exercise was joint training with U.S. Carrier Strike Group 12 made by the aircraft carrier Theodore Roosevelt, several Ticonderoga cruisers or Arleigh Burke-class destroyers and a Los Angeles-class submarine, ahead of their operational deployment.

The scenario of the drills saw some imaginary states assaulting American economic and territorial interests; threats faced by a naval force led by USS Theodore Roosevelt. The Navy's X-47B completed its final test aboard USS Theodore Roosevelt (CVN 71) Aug. 24 and returned to its home base at Naval Air Station Patuxent River after eight days at sea.

While underway, the X-47B flew in the carrier pattern with manned aircraft for the first time and conducted a total of five catapult launches, four arrestments and nine touch-and-go landings, including a night time shipboard flight deck handling evaluation.

The event, the most-recent in a series of carrier-based tests, demonstrated the integration of the latest in naval aviation technology with the most advanced and capable carrier.

The Red Rippers of Fighter Attack Squadron (VFA) 11, Knighthawks of VFA 136, Checkmates of VFA 211, Screwtops of Carrier Early Warning Squadron (VAW) 123, and Dragonslayers of Helicopter Anti-submarine Squadron (HS) 11 all took part in the certification, and were instrumental in the success and safety of the flight operations.

The flight deck certification consisted of 160 total carrier landings, during both the day and night. Certification drills included rigging the emergency barricade, flight deck firefighting and crash and salvage operations.

HS-11 is part of Carrier Air Wing One (CVW-1) and is the first squadron of CVW-1 to come aboard Theodore Roosevelt for flight operations.

The Dragonslayers operate two variations of the Sea Hawk helicopter to carry out their various missions. They are SH-60F (Foxtrot) and HH-60H (Hotel) helicopters.

"The Foxtrot has a dipping sonar system that is used to find submarines and the Hotel can carry HELLFIRE missiles on it for force protection," said Lt. Daniel Foose, a pilot for the Dragonslayers.

HELLFIRE stands for Helicopter Launched, Fire and Forget missile. It is a short-range, laser or radar-guided, air-to-ground missile system.

With the helicopters now aboard the Big Stick, HS-11 will focus on flight deck qualifications needed for CVW 1 to be fully operational.

"Each mission is different," said Senior Chief Aviation Machinist's Mate Charwin Carrington, acting command master chief of HS-11. "We have to get all of our aircrew and aircraft on the same page as far as having our systems up at all times."

Carrington said that it takes everyone, from the lowest ranking airman to the commanding officer, for the Dragonslayers to be operational.

"I'm excited to be aboard the [Theodore] Roosevelt," said Carrington. "I'm looking forward to the challenges ahead."

Among the previous commands that HS-11 has been a part of, the most recent was with USS Enterprise (CVN 65) which is similar to a number of other Sailors aboard from the same command.

The Dragonslayers are just one squadron of the air wing to bring their aircraft aboard. Other aircraft may include F/A-18 Super Hornets, F/A-18 Hornets, E2-C Hawkeyes and E/A-18G Growlers.

WASHINGTON — Four years to the day from when it was pushed across Hampton Roads, Va., to begin the biggest overhaul of its life, the aircraft carrier Theodore Roosevelt returned to Norfolk Naval Base — reconditioned, refueled and overall much spiffier than before.

The ship returned to base Thursday following four days of sea trials to validate the work and redelivery to the Navy.

The $2.622 billion refueling and complex overhaul (RCOH), carried out about midway through the ship’s planned 50-year active lifespan, is the most comprehensive shipyard period an aircraft carrier will undergo. All of the ship’s major systems are replaced, upgraded or renewed, and both nuclear reactors are refueled. The upgrades give the ships another 23 years or more of active service.

Roosevelt is the fourth carrier to undergo the full RCOH process, each at Newport News Shipbuilding in Newport News, Va. — where all today’s US aircraft carriers are built.

“The ship performed wonderfully. All the systems were operating well,” Chris Miner, the shipyard’s vice president of in-service aircraft carrier programs, said via satellite phone Thursday as Roosevelt headed back to Norfolk.

“The improved capabilities of the ship were shown to be operating properly,” he said. “At the end of the day, TR is [now] as capable as any carrier in the fleet.”

Unlike the previous three RCOHs, Roosevelt won’t be headed back to Newport News for another short shipyard period for work added on since the original work package was agreed to, or discovered during the overhaul.

“We moved a significant amount of work into the RCOH,” Miner explained, eliminating the need for a follow-on shipyard visit.

Completion of the RCOH was originally scheduled for February 2013, but was extended twice due to emergent work and additional modifications. The additional work, according to Naval Sea Systems Command, added about $153 million to the ship’s overall cost.

At peak, Newport News assigned about 4,000 employees to work on Roosevelt, Miner said. Those workers now have been transferred to other projects in the shipyard, including three other aircraft carriers:

■ The Abraham Lincoln arrived in late March to begin its RCOH, scheduled to be completed in late 2016.

■ The Gerald R. Ford, first of a new class of carriers, is under construction and scheduled to be launched this fall.

■ The Enterprise, the world’s first nuclear carrier, was towed to the shipyard in mid-June to undergo inactivation. When the work is complete, the ship will be towed around South America to Puget Sound Naval Shipyard in Bremerton, Wash., for final dismantling.