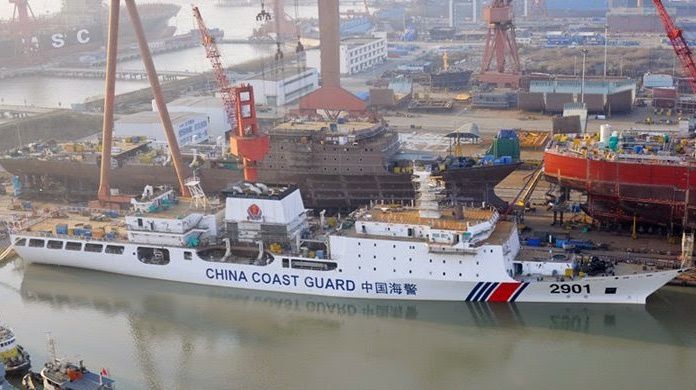 China is deploying its largest maritime patrol vessel, the Haijing 2901 to the eastern island of Zhoushan for a potential war of attrition with Japan over the disputed East China Sea, according to the Tokyo-based Sankei Shimbun on Sept. 13.

It has been Japan's policy to deploy its coast guard vessels instead of warships to prevent its territorial conflict with China over the Diaoyutai islands (Diaoyu to China, Senkaku to Japan, which controls them), from escalating into a full-scale war. The deployment of the Haijing 2901, which is also the world's largest maritime patrol vessel with a greater displacement than the Arleigh Burke-class destroyers of the United States, will eventually challenge this policy since Japan's coast guard has no vessel that can counter it.