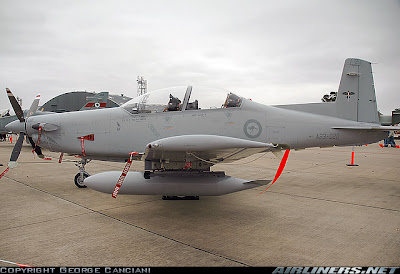 The ongoing investigation into the RAAF PC-9/A crash at RAAF Base East Sale has revealed the crash was caused by loss of engine power as a result of the failure of a component in the aircraft’s fuel system.


The Aviation Accident Investigation Team (AAIT) will continue to analyse the aircraft to confirm there were no other factors that contributed to the power loss.

Air Force will now work with its contracted maintenance organisations, and engine manufacturer Pratt & Whitney, to establish the cause of the component failure.

This will inform any further engineering and maintenance work that may be required to the component. Once this is completed, and no other factors are found by the AAIT, the PC-9/A will be cleared to return to flying operations.

Both Squadron Leader Collenette and Flight Lieutenant Andrews have now been released from hospital. Air Force continues to wish them well for their ongoing recovery.