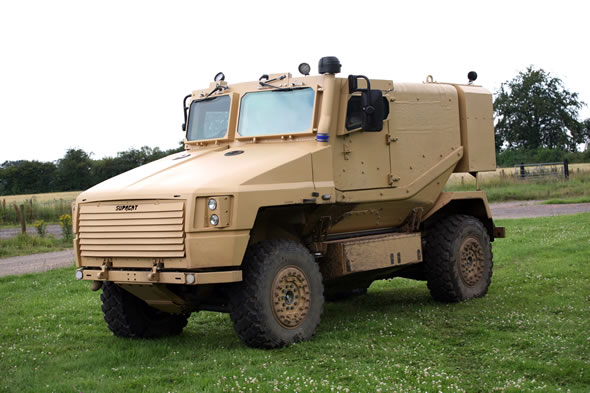 “The new production standard SPV400 is a significantly improved vehicle from the early prototypes". Photo: Supacat 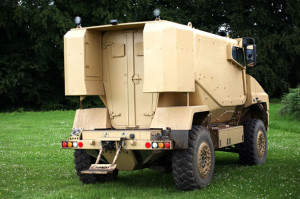 A rear view of the production version of the SPV400. Photo: Supacat

The first prototypes of the SPV400 were used for the evaluation and assessment of the new vehicle for the UK MoD’s MoD’s Light Protected Patrol Vehicle (LPPV) requirement. The vehicle was one of the two finalists for this program, eventually won by Force Protection Europe’s Ocelot. Despite the LPPV setback Supacat continued to develop the SPV400 light protected patrol vehicle to meet international demand for this new class of vehicle in military and non-military markets. “The new production standard SPV400 is a significantly improved vehicle from the early prototypes. We have achieved new levels of reliability, handling and overall usability in the automotive design that surpass those required by LPPV”, said Nick Ames, Managing Director, Supacat. “This is a vastly different vehicle from the one we had twelve months ago and we’re proud of the progress we’ve made”.

Through these tests the vehicles were subjected to over 10,000 km of reliability testing with over 70% conducted off-road, more than doubling the total trials distances undertaken during the LPPV assessment. The 7th production vehicle displayed here also features improved maintainability, a revised driver interface and new front end styling.