Armor: Where The Hummer Still Gets Respect 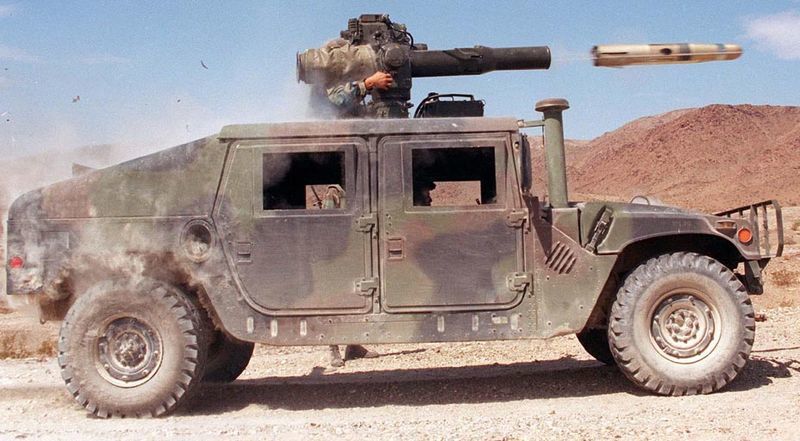 The U.S. Army ordered its last HMMWV (humvee or "hummer") vehicles in 2011. But foreign customers are still avid customers. In June 2014 Afghanistan, Iraq, Kenya, Lebanon, Ukraine and Tunisia together ordered over 2,000 HMMWVs. Many of these will be paid for by the United States as part of military aid. While the American military is looking beyond HMMWV many other countries see the HMMMWV as a battle-tested, mature and very useful vehicle that works just fine.

For the U.S. Army it's the ending of the HMMWV era. About half the annual sales of HMMWV vehicles have been to the U.S. Army, with the rest going to other branches of the American military, and foreign customers. Over 200,000 hummers have been produced so far, in dozens of variants and versions. The army will continue to use the hummer into the early 2020s, but the unique vehicle design is now fading away.

The next generation of U.S. battlefield truck will be the seven ton JLTV (Joint Light Tactical Vehicle), which replaces the 2.4 ton HMMWV. The hummer had itself replaced the 1.1 ton jeep and 3 ton M37 "3/4 ton" truck 25 years ago. The JLTV marks a notable design direction for tactical vehicles. The JLTV is designed to absorb combat damage, and be quickly equipped with two different armor kits. In effect, the World War II concept of the unarmored light vehicle for moving men and material around the battlefield has been radically changed.

This began in Iraq, where it was demonstrated that you can fight your way through a hostile population on a regular basis and defeat a guerilla force constantly attacking your tactical and logistical vehicles. This has never worked before, and worked this time, in part, because U.S. troops promptly armored their hummers and trucks, and quickly developed "road warrior" tactics that defeated roadside and suicide bombs. Even though these bombs created a lot of American casualties, the overall American casualty rate was a third of what it was in Vietnam and World War II. Mainly because of the armored hummers and trucks. Few people outside the military noted this event, a watershed moment in military history. But it was recognized within the military, and produced this sharp shift in design philosophy for tactical trucks, and the result is the JLTV.

The U.S. Army began replacing the World War II era vehicles with the HMMWV n 1985. This was the first new unarmored combat vehicle design since World War II (when the jeep and ¾ ton truck was introduced), and was expected to last for three decades or more. But that plan changed once Iraq was invaded. As expected, hummers wore out a lot more quickly (in five years) in combat, than during peacetime use (14 years). So the army and marines began developing, ahead of schedule, a new vehicle to supplement the hummer in combat zones. Three designs have been selected for development, and soon one of them will be chosen before the end of 2015 as the final design and put into production. The army will buy at least 38,000 of the JLTV (Joint Light Tactical Vehicle), while the marines will buy about 14,000.

In addition to being built to better survive mines and roadside bombs, the JLTV will be able to generate 30 KW of electricity (for operating all the new electronic gear, and recharging batteries), have an automatic fire extinguishing system and jam-resistant doors. Like the hummer, JLTV will be easy to reconfigure, for everything from a four seat, armed scout vehicle, to an ambulance, command vehicle or cargo or troop transport.

The hummer will continue to be used outside of the combat zone, where most troops spend most of their time. But the JLTV will be built to better handle the beating vehicles take in the combat zone, including a design that enables troops to quickly slide in armor and Kevlar panels to make the vehicles bullet and blast proof.