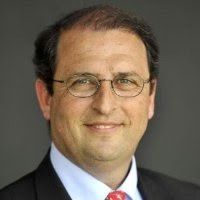 At the Annual General Assembly of 30th June 2016 held at the Ecole Militaire, Stéphane Mayer, CEO of Nexter Systems, was unanimously elected as Chairman of the Groupement des Industries Françaises de Défense et de Sécurité Terrestres et Aéroterrestres (GICAT, a trade body representing the interests of the French land and air-land defence and security industry). He takes over from Stefano Chmielewski, who, since being appointed in June 2014, has reformed the organisation, embracing greater visibility and modernising its governance.

The change in Chairman reflects a desire to extend the reach of the French land and air-land defence and security industry – a strategically important sector for France.

Amid the current highly complex national and international environment, efforts will need to be made to promote the land defence and security equipment challenges, harness greater synergies between all the industry partners and champion “France’s national team” consisting of all the organisation’s key contributors – industry majors, mid-market companies, and small- and medium-sized businesses.

Stéphane Mayer commented that he was “very proud that GICAT’s members had placed their trust in [him]. Representing and promoting the French land defence and security industry is a real challenge given the issues facing our country. [He] will devote all [his] energy to raising the profile of French Known-How, which is strategically important for our economy.”

About GICAT
GICAT (Groupement des Industries Françaises de Défense et de Sécurité Terrestres et Aéroterrestres) is a trade body founded in 1978 with a membership of 200 major groups, mid-market companies, and small- and medium-sized businesses. Their broad spectrum of production, research, service and consulting activities support national and international defence and civil forces involved in providing land and air-land defence and security. The international Eurosatory trade event organised by COGES, its subsidiary, is the cornerstone of GICAT’s international reach and is backed up by a number of other international defence and/or security trade fairs.


About Stéphane Mayer
Stéphane Mayer graduated as an engineer from Ecole Polytechnique, in 1981. In 1986 he received diplomas in economics and finance from ENSAE and Sciences-Po Paris.
After working initially as an external auditor, he joined Lagardère - Matra Hachette in 1992 as Vice President of the internal audit function for this diversified group, which spans from defence to media. In 1997 he was appointed as CFO at the Matra Automobile subsidiary, before becoming a member of its management board.
In 2003, he joined the Airbus group (formerly EADS) as Chairman and CEO of EADS Socata, an aviation component and aircraft manufacturer, which produces the Epsilon, TB and TBM planes and won several MOC contracts for SIMMAD (Support Structure for Aeronautical Equipment and Systems – French Ministry of Defence).
In 2007, EADS appointed him for a 3-year term as CEO of ATR, a joint venture plane maker producing the ATR 42 and ATR 72 regional turbo-prop planes, operated by 140 clients in more than 80 countries.
In 2010, he joined the Daher group as President and CEO of its aviation and defence division, which covers three business areas: design and production of components and aircraft structures; logistical and MOC services for aeronautic sector companies and the armed forces; and the production of planes within the TBM range, notably the latest model, the TBM 900.
At the end of 2015, he was appointed Chairman and CEO of Nexter Systems, which designs, integrates and maintains in operational condition weapons systems and armoured vehicles. As part of the association with Krauss-Maffei Wegmann, he simultaneously became co-CEO of KNDS, the joint holding company which owns the two operating entities.
An active private pilot since 1990, Stéphane Mayer has an instrument rating and is qualified to fly TBM aircraft. Since 2012 he has served as a Colonel in the French Citizen Reserve.