The BRP Ramon Alcaraz (PF-16), the country’s second Hamilton-class cutter due to arrive this August, is a far more potent weapon platform than her sister ship, the BRP Gregorio del Pilar (PF-15), a Department of National Defense (DND) official who asked not to be named bared yesterday.

“Her weapons system is heavier and sophisticated than those of the BRP Gregorio del Pilar,” he said. 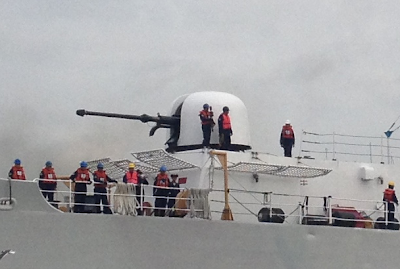 However, the DND officer declined to specify these weapon systems and stressed that such items cannot be divulged due to matters of national security.

He made this announcement when asked if there is truth to reports that a Harpoon anti-ship missile system was installed as part of BRP Ramon Alcaraz’s armament fit.

At present, the Filipino warship is believed to be carrying a 76mm Oto Melara automatic cannon, two 25 Bushmaster guns and assorted machine guns. 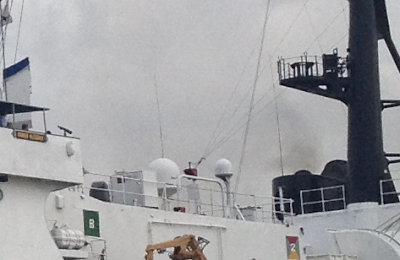 In contrast, the BRP Gregorio del Pilar, which arrived in the country in December 2011, is only armed with the 76mm Oto Melara automatic cannon, making it prudent to install additional 20mm automatic cannons as her secondary weapons.

BRP Ramon Alcaraz is presently carrying out sea trials off the waters of South Carolina in the United States.

She is expected to depart for the Philippines by first week of June. 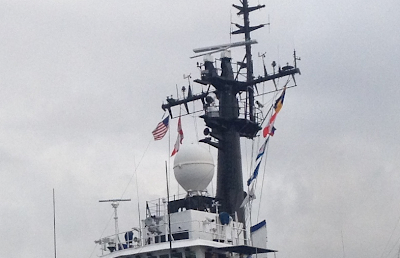 The ship is “fully mission capable” on her arrival.

Maritime observers said this development speaks well of the PN efforts to modernize and boost its power projection capabilities.

“With the arrival of our Hamilton-class cutters, which are being converted to frigates, the PN has started its first step in developing its blue-water capability or the ability to detect or engage intruders in the high seas,” they said.