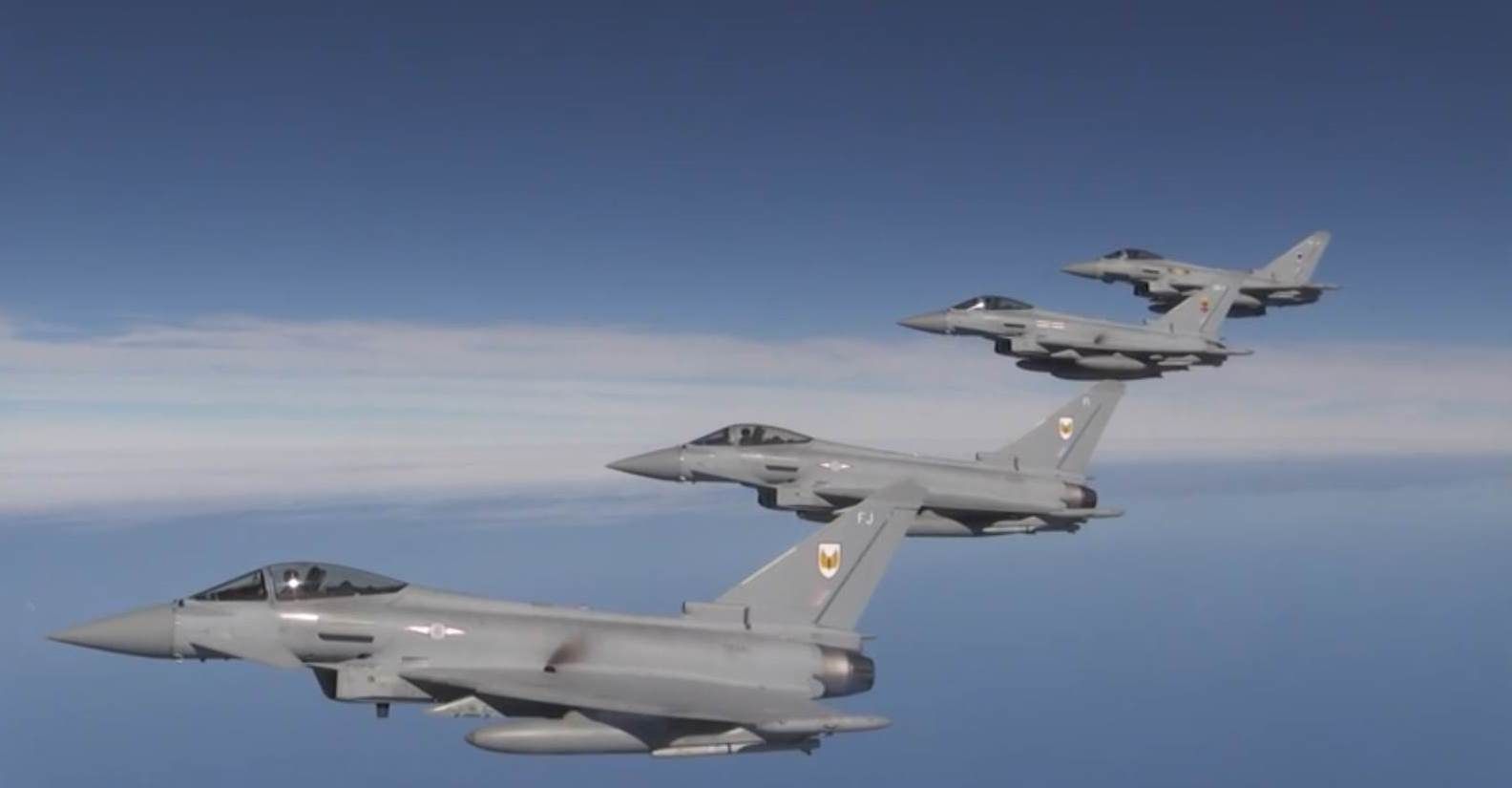 Typhoon FGR4's from 1 (Fighter) Squadron based at RAF Lossiemouth Scotland as they see land below in the shape of the united States of America. The Typhoons will participate in Exercise Red Flag the largest and most complex air war fighting exercise in the World. The deployment by 1(F) Squadron across the Atlantic continues. The 6000 mile journey to Nellis Air Force Base, Nevada would not be possible without the support of a pair of Voyager air-refuelling tanker aircraft.#RAFRedFlag

Involving participation from the US and allied nations' combat air forces, the three-week exercise offers valuable training to pilots in planning and executing a wide variety of combat missions.

The UK also deployed Tornado GR-4 fighters and an E-3D Sentry airborne warning and control system (AWACS) aircraft for the exercise, which is also joined by approximately 150 aircraft from the US, Australian, Belgian, Danish and the Royal Saudi Air Forces.

Operating in the swing role, Typhoon FGR4s are conducting both air-to-air and air-ground profiles in single sorties, while the Tornado GR4s are performing low-level strike role.

Eurofighter chief executive officer Alberto Gutierrez said, ''We wish the RAF great success with the exercise and we look forward to actively supporting them as we continue to work together to further grow the capabilities of what is already recognised to be a highly agile, potent and reliable aircraft.''

"The three-week exercise offers valuable training to pilots in planning and executing a wide variety of combat missions."

Held four times annually, Red Flag is a US Pacific Air Forces Command (PACAF)-led large force employment exercise designed to train pilots and other flight crew members from the US, Nato and other allied countries for real air combat situations.