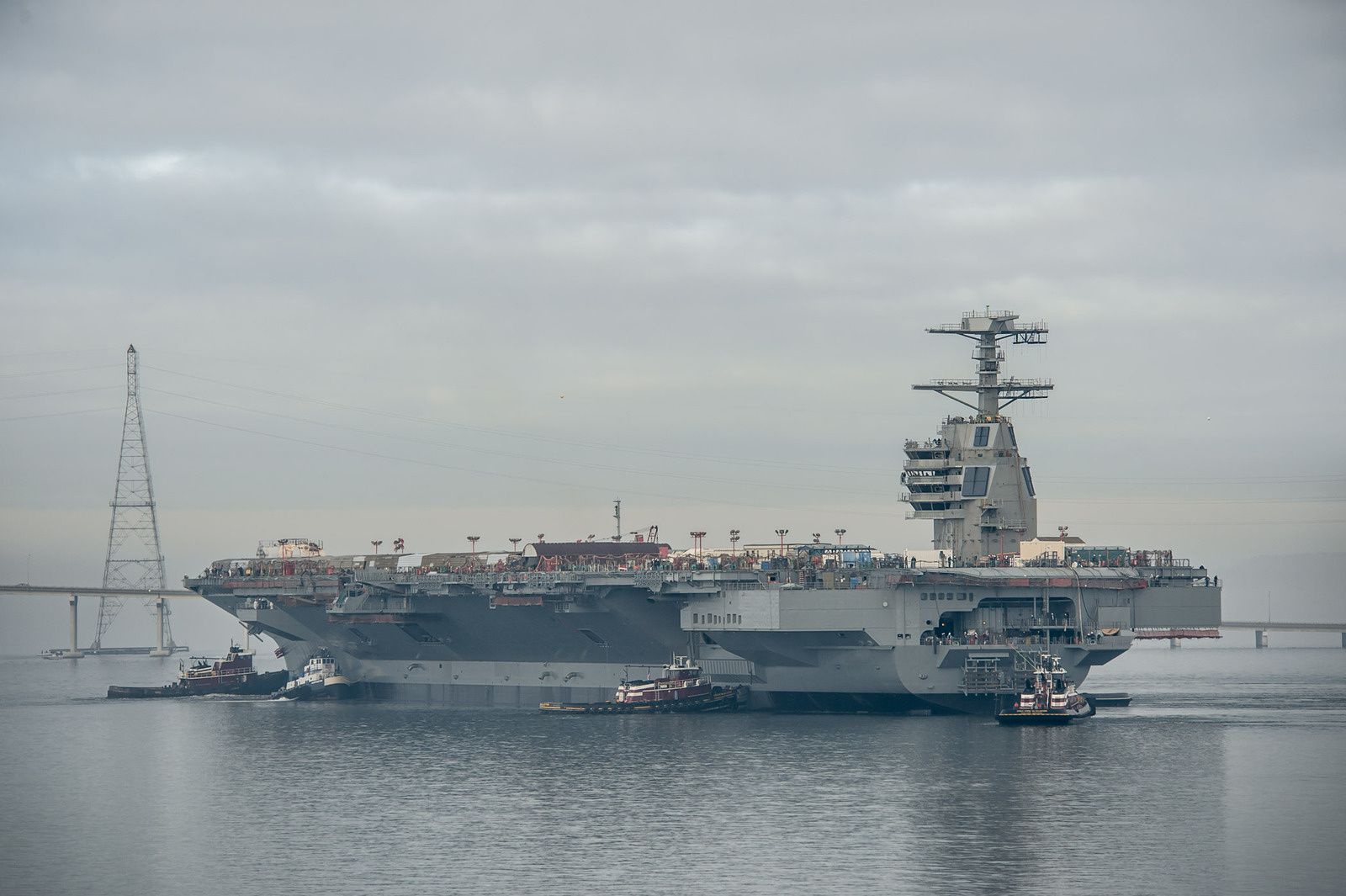 The Electromagnetic Aircraft Launch System (EMALS) is a complete carrier-based launch system designed for CVN 78 and all future Gerald R. Ford-class carriers. The launching system is designed to expand the operational capability of the Navy’s future carriers. The mission and function of EMALS remains the same as traditional steam catapult; however, it employs entirely different technologies. EMALS uses stored kinetic energy and solid-state electrical power conversion. This technology permits a high degree of computer control, monitoring and automation. The system will also provide the capability for launching all current and future carrier air wing platforms – lightweight unmanned to heavy strike fighters.

EMALS is funded by the CVN 21 program and will be forward fit only for U.S. Ford-class carriers, beginning with Gerald R Ford (CVN 78).

Furthermore, Joint Base McGuire-Dix-Lakehurst is home to a land-based, ship-representative EMALS, allowing for the testing of hardware and software aspects of the system. The Huntington Ingalls Industries (HII) shipyard in Newport News, Virginia is all abuzz as below deck-testing of the Navy’s newest aircraft launch system begins aboard USS Gerald R. Ford (CVN 78).

Following months of large-scale hardware deliveries containing critical components of the Electromagnetic Aircraft Launch System (EMALS) and shipboard installation by HII, teams from the government and industry partner General Atomics completed installation of the software — the brains of the new system. Below deck-testing began Aug. 11 with the Launch Control Subsystem, the first of many subsystem assessments on the path toward EMALS shipboard certification.

The very latest United States Navy aircraft carrier is about to start a two-plus year sea trials programmes, ahead of joining the naval power later this decade.

Equipped with state-of-the-art radar systems and the capability to launch both manned and unmanned aircraft types, the USS Gerald R. Ford spearheads a new class of aircraft carriers.

The Ford-class ships are the first all-new US Navy carriers in almost 50 years. The USS Gerald R. Ford itself was ceremoniously named last November and, all being well, it will be pressed into service in 2016. Prior to that, it faces 26 months at sea while all its systems are put through their paces. "We're kind of in the infancy stage of the test program, and the early returns are good", USN Rear Admiral Thomas Moore explained to the Daily Press, adding: "[but] we have a long way to go."

The 26-month Ford carrier test programme is that long on account of the complex systems installed - more so than in any preceding US Navy carrier. They include enhanced propulsion and electromagnetic rails - a more efficient means of launching aircraft off the flight deck.

The USS Ford's weight is approaching 100,000 tonnes. Once in service, it will accommodate some 4,600 USN personnel and a maximum of 75 aircraft. It and the other Ford-class carriers will take over from the Nimitz-class carriers, whose days are now becoming numbered.

Compared to its direct predecessors, the USS Gerald R. Ford has more flight deck space, three elevators for aircraft and electrical power systems in place of the steam-powered systems currently in use

"On previous Nimitz-class carriers, you always had a cadre of sailors who had been on previous construction projects, and the systems were very, very familiar for them", added Rear Admiral Moore. "On the Ford, that's not the case, It's a new ship with a lot of new developmental systems."

USS Gerald R. Ford (CVN-78), the first of class of the US Navy next generation aircraft carrier (formerly known as CVN-21) officially received its name today. USS Gerald R. Ford represents the first new design since the USS Nimitz (CVN 68), which was launched in 1972. The new aircraft carrier will be able to sustain higher operational tempo, while costing less to operate and maintain, saving the Navy a projected $4 billion over the ship’s 50-year lifespan. Capt. John F. Meier has already been named as the ship’s first commanding officer. He will be responsible for monitoring the final months of construction and likely be onboard when the Ford goes on its first sea trials.