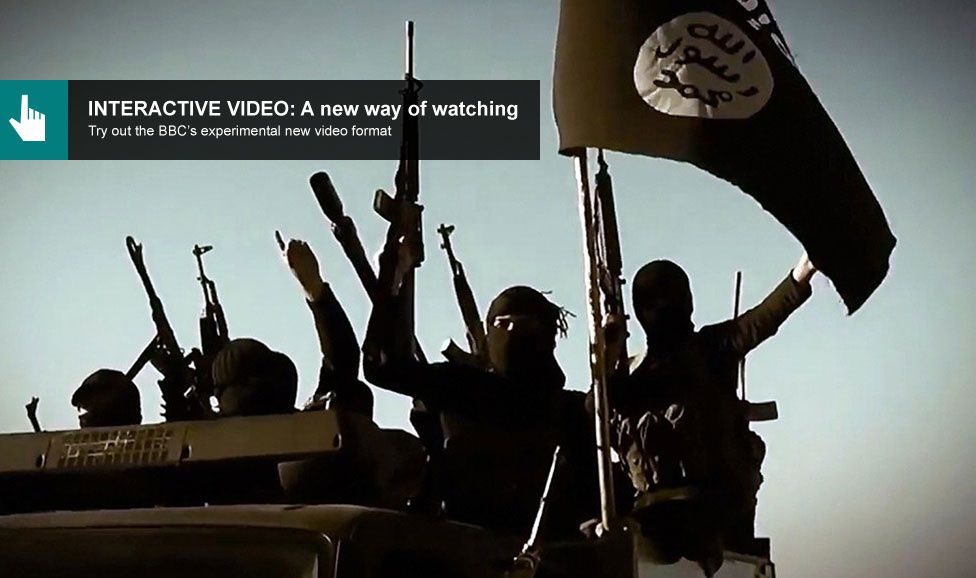 Middlemen smuggle crude oil and refined products to Turkey and Iran, or sell them to the Syrian government.

Kidnapping has also generated at least $20m (£12.7m) in ransom payments in 2014, according to the US Treasury.

Islamic State raises several million dollars per month through extorting the eight million people under its full or partial control.

Payments are extracted from those who pass through, conduct business in, or simply live in IS territory.

Religious minorities have been forced to pay a special tax, convert to Islam or leave.

Islamic State also profits from robbing banks, looting and selling antiquities, and stealing or controlling the sale of livestock and crops.

Abducted girls and women have allegedly been sold as sex slaves.

Some funding is still derived from wealthy donors and Islamic charities in the Middle East and Europe.

How does the group make its money? Watch this interactive video to find out