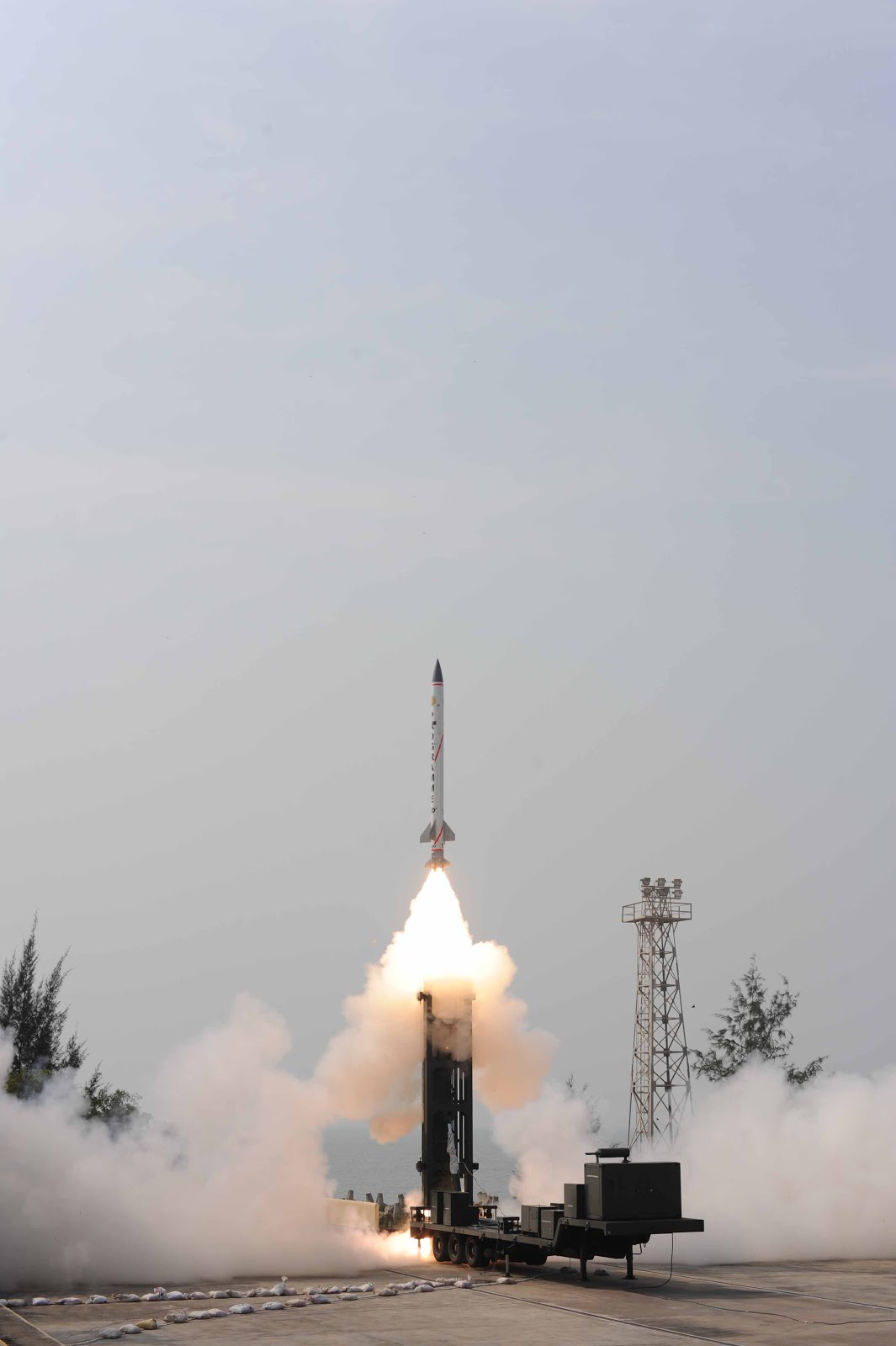 DRDO Statement: The Interceptor Missile AAD launched by the Scientists of DRDO from Wheeler's Island, Odisha successfully destroyed the incoming Ballistic Missile at an altitude of 15 Kms. The interception took place at 12.52hrs. The target missile, a modified version of Prithvi, mimicking the enemy's ballistic missile, was launched from Launch Complex III, Chandipur. Long Range Radar and MFC Radar located far away could detect the Missile from take-off and tracked it through its entire path. The total trajectory of the incoming Missile was continuously estimated by the guidance computer and subsequently the AAD Missile was launched at an appropriate time to counter and kill the ballistic missile.

The Ring Laser Gyro based Navigation System in Target, Fibre Optic Gyro based INS in Interceptor, Onboard computers, Guidance systems, Actuation Systems and the critical RF Seekers used for the terminal phase have performed excellently. The AAD Missile system initially guided by Inertial Navigation system was continuously getting update of the target position by the Radar through a data link.  The Radio Frequency (RF) seeker tracked the Missile & Onboard computer guided the Missile towards the Target Missile and hit the target. The Radio Proximity Fuse (RPF) exploded the warhead thereby destroying the target missile completely.