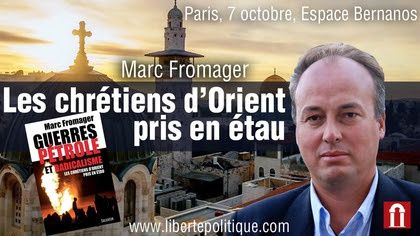 Claude-France Arnould, Chief Executive of the European Defence Agency, emphasised in her opening speech at the Agency's annual conference "European Defence Matters"  that for Europe to be a "security provider" adequate capacities are needed.

Priority must therefore be given to security and defence, to proper capabilities and to increased efficiency through cooperation and synergies with existing EU instruments.

The full speech is available here.

More than 550 attendees are expected to attend

While the fighter community has trained to operate together for years, the same cannot be said for Air-to-Air Refuelling. From 31 March to 11 April 2014, EDA together with the European Air Transport Command and the Netherlands are organising the first multinational Air-to-Air Refuelling (AAR) training opportunity in support of the Dutch Frisian Flag exercise. To this date, the Netherlands (KDC-10), Germany (A310) and Italy (KC-767) have confirmed to send their tankers to the flying event which will be an excellent opportunity to train dedicated AAR scenarios embedded in a highly recognised fighter exercise. The Air-to-Air Refuelling  planning cell will be split between Eindhoven and Leeuwarden air base to foster overall air refuelling planning and tanker operations.

Belgium, Bulgaria, the Czech Republic, Germany, Spain, France, Italy, Lithuania, the Netherlands and Norway will participate in the third edition of EDA’s European Air Transport Training flying event with ten transport aircraft of four different types; Greece will  support the training with fighters and AWACS. Taking place from 16 to 27 June 2014 at the International Airport in Plovdiv in Bulgaria, the training offers participants a unique opportunity to plan and execute missions within a multinational framework and achieve flexible training objectives. The crews will be trained in a variety of airlift disciplines. The aim is to increase interoperability, to consolidate existing qualifications or to regain them in a short period of time and with dedicated assets.

The new European Advanced Airlift Tactics Training Course (EAATTC) aims at achieving a higher level of interoperability between airlift crews from different nations; at increasing harmonisation of advanced tactical training that will lead to higher effectiveness and survivability in operations; at sharing knowledge and providing cost efficient airlift training in Europe. Based on an agreed syllabus Belgium, the Czech Republic, Germany, Spain, France, Italy, the Netherlands and Norway will participate in the first course with eight aircraft of five different types. The flying event will be hosted by Spain at Zaragoza airbase from 22 September to 03 October 2014. This permanent training event is developed in close cooperation with the European Air Transport Command and EDA Member States; it is similar in set-up to the advanced airlift tactics training course that has been offered in the US since 1987.

Between 16 and 30 July, the Ovar Air Base in northern Portugal will host the third sequel of the successful series of Hot Blade exercises, powered by the Helicopter Exercise Programme (HEP). Currently, some 30 helicopters, four fast jets, three transport aircraft and one Intelligence, Surveillance and Reconnaissance platform have been committed by Austria, Belgium, Germany, Netherlands, Portugal, Sweden and United Kingdom. Additional to Portuguese ground forces, 450 ground troops from the Netherlands, Germany and the United Kingdom are scheduled to participate as well allowing for a more integrated mission planning and execution. So far, roughly 50% of participant to one of the previous helicopter exercises organised in France, Spain, Italy, Portugal and Belgium have later been deployed to operations.

The Time is Now

In order to be a credible security provider and to protect its interests, the EU requires the full suite of tools: diplomatic, economic, development, and of course military. But as recent operations have demonstrated, Europeans are still faced with critical gaps in military capabilities. There is, moreover, fragmentation of demand and supply. Investment in the technologies that will be needed to field the systems of tomorrow is in decline. And because of the rising costs of major defence systems, coupled with the on-going squeeze on defence budgets, no single Member State is able alone to have the full inventory of capabilities. The choice is simple: cooperate to acquire and maintain capabilities, or risk losing them altogether.

The issues are political. What defence needs is a political boost. That’s why the discussion by EU Heads of States and Government at the European Council this December is so important. For it is they, and they alone, who can arbitrate in favour of defence.

Cooperation in defence is not new and the European Defence Agency has been created to facilitate it more systematically. We launched many new joint projects in some vital capability areas such as air-to-air refuelling, counter improvised explosive devices, satellite communications or medical field hospitals. None of these could have been realised by one Member State alone; and all of them are absolutely vital for operations.

Welcome though these projects are, a more systematic approach to cooperation or Pooling & Sharing is necessary, so that cooperation becomes second-nature; so that we avoid the mistakes of the past when, for example, over twenty variants of the same helicopter were produced; so that we extend cooperation beyond the acquisition phase into the whole life of the system; so that we improve interoperability; so that we get as much effect from our hard-pressed Euros.

Three outcomes from the European Council in December would be really significant. First, a commitment to major projects: air-to-air refuelling, Remotely Piloted Aircraft Systems (RPAS, or drones), satellite communications, and cyber defence. Not only are these capabilities a military necessity, our American partners have clearly expressed that they will not  go on providing most of the key enabling capabilities. Europeans must be able to act by themselves.

Second, investment in innovation and technology, including dual-use. Europe needs to stay independent when it comes to critical technologies. Europeans have already missed the first generation of RPAS. EDA has made concrete proposals for the next generation of European medium altitude, long endurance RPAS. We have also made suggestions on governmental satellite communications and cyber defence. All have significant civil and military applications. It is important to harness synergies, maximise dual-use technologies, generate economies of scale and extend the comprehensive approach into the area of capabilities development.

And third, support to industry, in particular Small and Medium Enterprises, so many of which are at the cutting edge of technological innovation. Defence is vital. But it is not just about the immediate ability to project force based on a healthy defence and security industry which is an essential component of the industrial fabric of Europe that generates growth, innovation and jobs.

It is probably unrealistic to expect defence budgets to increase in the near future. But we need EU Heads of State and Government to take defence to the next level. We have to move away from expensive fragmentation to cost-effective cooperation.