Thales welcomes the decision by the Ministry of the Armed Forces to award a contract to integrate Thales's Universal Electronic Warfare Capability (CUGE) on board three Falcon Epicure jets.

The growing importance of digital technologies is a tremendous opportunity for Thales to boost its capacity for innovation through advanced systems that leverage the power of big data, autonomous systems and immersive user experiences. With its expertise in the four key digital technologies - platform connectivity, big data, artificial intelligence and cybersecurity - Thales has a key role to play in these developments. This expertise underpins Thales's capacity to develop the future sensors that will equip Dassault Aviation's Falcon Epicure aircraft. The Universal Electronic Warfare Capability payload will intercept radio and radar signals simultaneously. 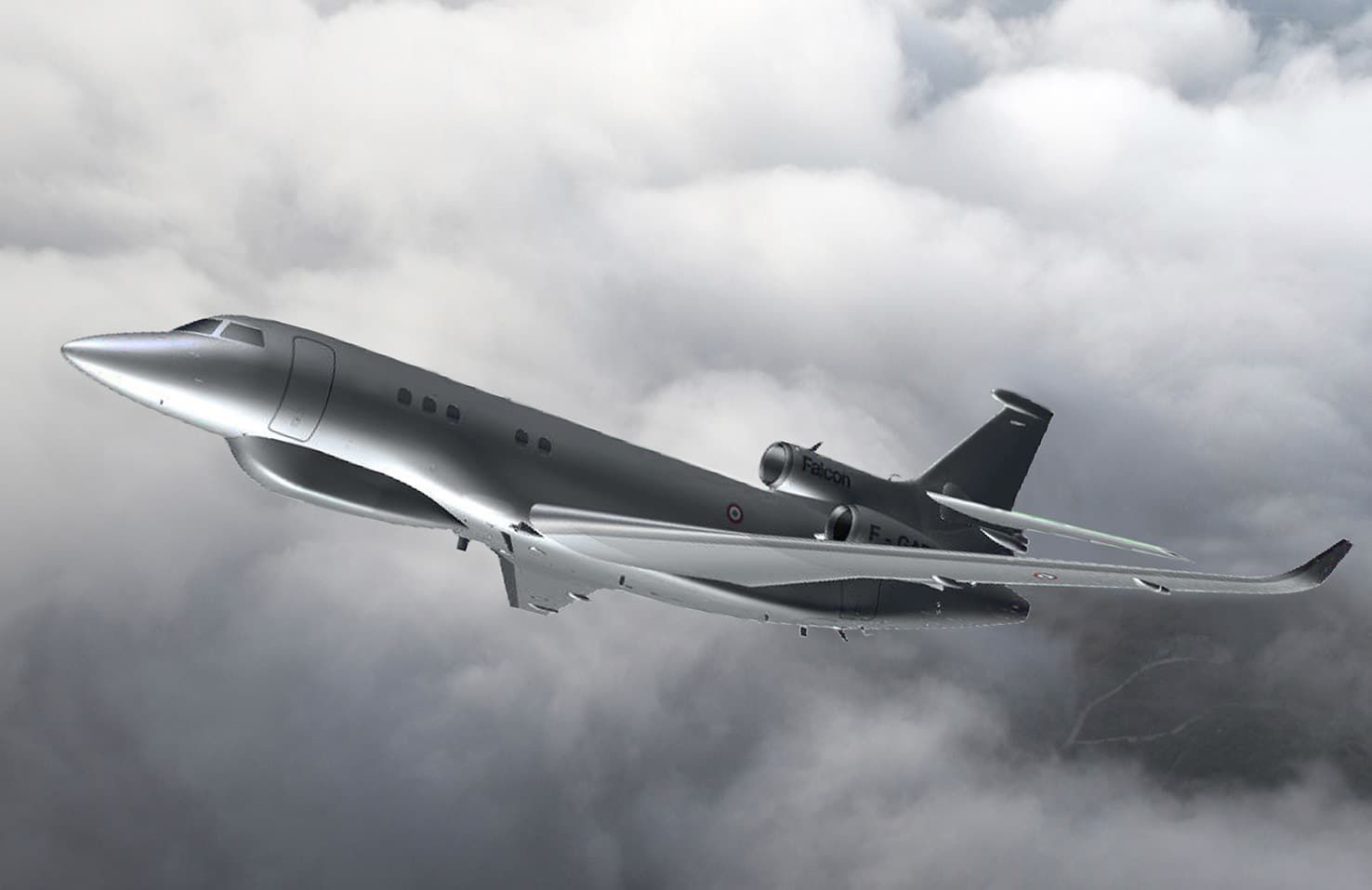 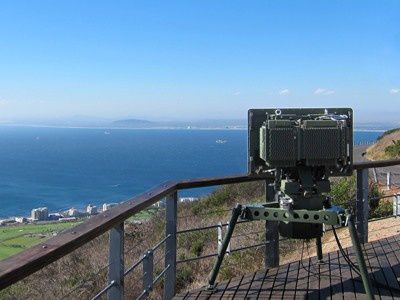 According to the scientific and technology research, development and implementation organisation the strategic intent of the programme is to support the National Development Programme's goals and drive socio-economic transformation towards a knowledge based economy.

The REWTED programme can be seen as an extension of the Department of Defence's broad socio-economic transformation mandate to transform South Africa's defence sector. Its focus will be transformation of the South African REW sector by supporting previously marginalised black-owned SMMEs.

The REW Industry Support Strategy Implementation Plan will accelerate and support industry development for economic growth and further enable the REW black-owned SMMEs to actively participate in the national and regional defence economy a CSIR statement said. The REWTED programme will consist of two parallel tracks - technology development and enterprise development, concentrating on the long-term sustainability of the business.

No timeline has been given and further information can be obtained from pnaidoo1@csir.co.za.

The new alliance will significantly strengthen South Africa’s capabilities in an area that has become a primary feature of modern defence systems, says the Group CEO of Denel, Riaz Saloojee. “We are combining the experience, reputation and resources of Denel with the specialist technology and expertise offered by GEW Technologies to create an alliance that will best serve the strategic interests of South Africa.”

Electronic warfare technology has been singled out in the 2014 Defence Review as a “key technology domain” and a “sovereign capability” which must be under the control of local South African companies.

Mr Carel van der Merwe, the CEO of GEW Technologies says the company has more than 40 years of experience in the design and production of sophisticated communication monitoring, countermeasures and integrated security systems. “We are looking forward to work with Denel in an alliance that heralds a new era in electronic warfare programmes in South Africa,” he says.

The company’s ties with Airbus Defence and Space will add the international experience and expertise of Europe’s leading manufacturer of defence technology. Denel already has a strong working relationship with Airbus through its role as a top tier supplier of aerostructures for the A400M, the world’s most advanced military airlifter.

“This agreement confirms the trust that Airbus has in the capabilities of both Denel and GEW Technologies and will strengthen the relationship between our companies,” said Mr Andreas Huelle, the Head of Electronic Warfare at Airbus Defence and Space.

The recently established Denel Integrated Systems and Management will manage the implementation of the agreement and drive the projects and programmes that will form the core of its activities.

The CEO, Ismail Dockrat, says Denel ISM was primarily created to be a partner of the defence and security sectors in the design, management, integration and through-life support of complex systems.

“Electronic warfare will be a primary future area of focus for the SANDF to rapidly expand its current capabilities and implement counter-measures to combat potential threats to the security of the country.

This partnership between Denel ISM and GEW Technologies will play a leadership role to coordinate different initiatives in the field, advise decision-makers on the acquisition of the most appropriate systems, ensure that the end-users are adequately trained and provide on-going support, maintenance and upgrading of the systems,” says Dockrat. The clearance follows completion of the US Air Force's (USAF) Seek Eagle process for aircraft stores certification, which included a series of compatibility flight profile (CFP) missions designed to clear the pod to the F-16's basic limits.

Working in collaboration with the USAF and Lockheed Martin Aeronautics Company, the Exelis team evaluated two stores configurations at Eglin Air Force Base, Florida, to capture current and future pod configuration requirements without the need for additional CFP missions.

Exelis integrated electronic warfare systems business vice-president and general manager Joe Rambala said: "The AIDEWS pod provides the US and its allies with a modular, highly capable and cost-effective survivability system for a range of fighter aircraft.

"Achieving this certification will give more pilots access to the system's advanced RF protection and the flexibility to meet the evolving RF threat."

Currently limited to F-16A/B Block 15 aircraft procured by PAF through the Peace Drive 2 foreign military sales programme, the certification can be readily extended to both domestic and foreign F-16 Blocks 25 to 52 fighters.

The AN/ALQ-211(V)9 is claimed to be the only digital radio frequency memory-based electronic warfare pod certified to F-16 basic aircraft limits, including requirements for lightning protection.

The ministry has handed a 350 million ruble (US $11 million) contract to two local entities, the Russian Scientific-Research Institute of Physical-technical and Radiotechnical Measurements (VNIIFTRI) and NAVIS navigation systems. The two contractors are to increase the system’s immunity to electronic warfare.

Under the plan, VNIIFTRI and NAVIS will set up a facility to test the system’s resistance by mimicking noise that can jam the satellite signal aimed at land- and air-based Glonass receivers. The aim is to teach the system to distinguish noise from signals and bypass it.

The system was developed by the then-Soviet Ministry of Defense beginning in 1976 as an alternative to the US-controlled Global Positioning System. The first Glonass satellite was launched on Oct. 12, 1982.

Meanwhile, Moscow is aiming to involve other countries in joint strategic cooperation on the navigation system. In December 2012, India and Russia signed a memorandum of understanding to collaborate on the Glonass program.

The 451st Flying Training Squadron completed the final step of a long journey when a T-1A Jayhawk modified for electronic warfare training took flight on a training sortie June 4.

This is the first time in Air Force history an undergraduate aviation program has formally incorporated the fundamentals of electronic warfare in flight into their combat systems officer training syllabus.

"Incorporating a formalized, airborne electronic warfare training platform is a first for flying training at the undergraduate CSO level," said Lt. Col. Timothy Moser, the 451st FTS commander. "Eleven years after the original (Chief Staff of the Air Force) vision and after four years of testing, the first official student training flight is a significant accomplishment for the unit and the Air Force."

"The 451st FTS has embraced innovation," said Gen. Edward Rice, the commander of Air Education and Training Command. "Rather than rest on their laurels, the unit strived to find better ways of doing business, while embracing a culture of cost consciousness. Advances like these enable our nation's airpower advantage while helping us meet today's fiscal challenges."

While the 451st FTS, which executes the advanced phase of undergraduate CSO training, has employed the T-1 since 2009, the newest modifications usher in a new era in CSO training.

The modifications allow the T-1 to hold an additional student and instructor station in the aft section of the aircraft. The aft training stations receive flight information from the aircraft's avionics, global positioning system, flight instruments and simulated threats are introduced to provide a virtual threat environment to students. The modifications also include new touchscreen consoles that allow instructors to interact with students and set up different threat scenarios to better teach students how to identify and react to notional threats while in flight.

The addition of the second training station and instructor station allow twice as many student training events to take place in the same amount of sorties, Moser said.

"Basic electronic warfare training has never been formally conducted airborne until now," he said. "And because of the modifications, we're able to do so without adding any additional sorties, which saves resources and Airmen's time while enhancing the quality of our training.

"The configurability of this system allows for flexibility in training we've never had before - it's nearly limitless," Moser said of the system. "All an instructor needs to do is change the configurations in the system and the student can train for practically any scenario in any operational airframe they are eligible for assignment to later. Not only are we getting twice as much accomplished in one sortie, we're also saving future resources because we won't have to update the aircraft as frequently to adapt to changing requirements."

"The training is now more modern and incorporates advances in GPS technology and electronic flight displays, similar to operational aircraft. The result is a better prepared aviator for the operational Air Force," Shell said.

In addition to navigation duties, in operational aircraft CSOs inform aircrew members of threats, provide systems management, verify target identity and release munitions. The new T-1 modification helps teach students those responsibilities by providing simulated synthetic radar with a virtual target. Instructors aboard the aircraft have the ability to dynamically control threats in real time. The modified T-1 system also has the capability to record and play back the flight data for further evaluation and enhanced flight debriefs.

The modified T-1 development and test team, affectionately known as "the Mod Squad," worked to improve system reliability to make the system more user-friendly for instructors and students. The team, composed of civilian engineers and 451st FTS instructors, worked to automate unnecessary and cumbersome procedures, thereby lowering the chance for instructor-induced errors, and securing valuable training.

Following the 2005 Base Realignment and Closure Commission, the Air Force was tasked to consolidate specialized undergraduate navigator, electronic warfare officer and weapons system officer training into one course. The result was the creation of Undergraduate Combat Systems Officer training and the stand up of the 479th Flying Training Group at Naval Air Station Pensacola, Fla., in 2010. The group is now the sole provider of Air Force CSO training, graduating approximately 350 students per year. Once they've completed the program, each graduate is universally assignable, meaning they can be assigned to any aircraft with a CSO crew position in the Air Force fleet.